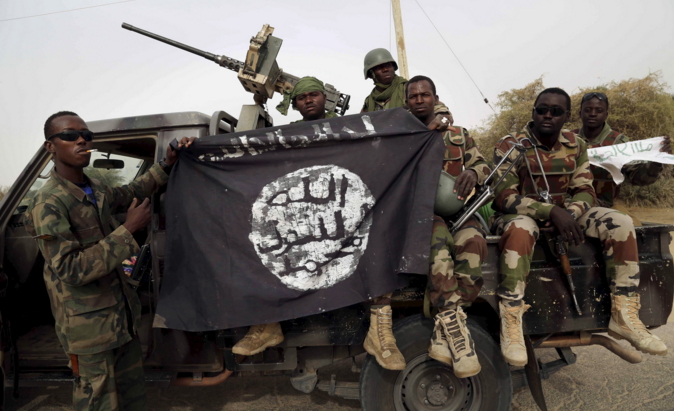 Nov 28, 2015 – The End Of Boko Haram Is Near But The Task Is Greater Than Just Military Campaign

No one knows or has the whole truth on how Boko Haram (BH) Insurgency began in Nigeria except for those shortsighted and wicked Nigerians who created the most destructive monsters in Nigerian history.

But we all know one fact that these evildoers or devil advocates have killed more Nigerians than any time since the end of civil war. I also want to believe that those monsters have outgrown those that created them for political reasons just as HEZBOLLAH, ISIS, HAMAS, Al-SHABAAB, and AL-QAEDA have all grown beyond the control of their various masters or creators.

This is why no stable and civilized government will tolerate or allows any form of armed resistance group, militants, or the so called “Freedom Fighters” for any political reasons. Thousands of innocent mothers, fathers, sisters, brothers and sinless children have been brutally murdered by BH. Many more of our people have been captured and held in captivity like slaves by Boko Haram.

However, the war against Boko Haram can easily be won by collective efforts of all peace loving and patriotic Nigerians (Muslims and Christians combined). We must come to realization that our nation is at war with Boko Haram, and we must all rise up to the challenges because military attacks, bombing, and ground forces cannot be used solely to defeat Boko Haram. No nation, region or state can experience economic growth and development in a chaotic environment. Therefore, the war against Boko Haram can be grouped into two main parts.

The first will be government roles which include the following: aggressive military campaign, recruitment of spies in the affected area, economic development, increase in the national security budget, working with international community in the area of security, purchase of modern military equipment and communication gadgets and accurate intelligent gathering. The second part is the general public or The People’s roles.

President Buhari has a better chance of putting this terrorist group to rest because of his military experience, his competency as Commander in Chief, discipline nature and because he is also a practicing Muslim. PMB administration must do whatever its takes to destroy Boko Haram for him to be a successful president in all areas that matter most.

The president must release needed funds to buy modern military equipment with oversight to guide against misappropriation of funds; provide our military personnel with good salaries and incentives, provide adequate training for all our law enforcement officers, recruit northern youths in the affected region as secret government spies, and recruit more law enforcement officers to coup with the security challenges of the 21st century such as kidnapping, ritual killing, cultism, armed robbery and Boko Haram insurgency. The economic development of the affected area should include investments in agriculture, poultry, small scale farming, and minerals exploration.

So far, Nigerian army are doing a great job by dismantling majority of Boko Haram forest hideouts, more terrorists have been killed, their food supply chains to the forests have been blocked and many Boko Haram fighters have surrendered to Nigerian army. But more efforts must be deployed to crush these animals in human flesh. The Military should also avoid the trap of setting a specific date for Boko Haram destruction. This is too dangerous in any political setting because you are dealing with human behavior and not physical projects. The terrorists always want to create fear in the people’s minds by carrying attacks after the set date to prove to the general public that their governments cannot protect their citizens. My advice for our military top Generals and to PMB is to stop setting a specific dates when dealing with human factors and evil minded terrorists.

The people’s roles are more important than the military campaign. Why? Can someone tell me how such mosque attack carried out by three brainwashed Muslim boys in Yola few months ago or the recent car bomb in Kano state just yesterday could have been prevented or averted by Military solution? The answer is capital “No” It is almost impossible for the army or police to prevent such small scale attacks, but such attacks can only be prevented if the public play their roles effectively. If any anyone sees something unusual or suspicious, they should report it to the appropriate authority.

The state and the federal government should provide avenue through which good people of the affected area can report any suspicious or terrorist activities to the army or other law enforcement agencies without revealing their true identities to protect them from Boko Haram retaliation. Religion leaders most especially the Muslim scholars, cleric, the Emirs, Chelf Imans, and those good Muslims should openly condemn Boko Haram activities and label such evil act as anti-Islamic. The fact is that Boko Haram have killed more Muslims than any faith since they began their evil act for the past six years. The general public must be fully involves and rise up to fight against Boko Haram by reporting any unusual or criminal activity to the appropriate authority in the Northeast region.

In conclusion, it is indisputable fact that PMB administration inherited the worse situations in Nigerian history in terms of national security, economic, infrastructure, revenue generation, resource management and education. But the number one priority of this administration is to crush Boko Haram with all it takes. Other areas of interest should include eliminating corruption from every fabric of Nigerian society, improving our collapsing economy even with reduction in revenue because of falling price of crude oil, reform our falling education, improving our shattered electricity supply, provide jobs for our youths by creating opportunities for private investments to flourish in Nigeria . No government can achieve all these goals in a chaotic environment.

Anyone who is expecting PMB to turn things around in six months or four years is not a realistic individual. To destroy takes no effort and time, but to build or rebuild usually takes time, adequate planning, plenty of resources, courage and good leadership.

We must pray daily for the success of this administration and for the defeat and total collapse of Boko Haram.

May God continue to protect, guide, bless and empower PMB, vice president Osinbajo, and all those that wish Nigeria well. Amen.

[About the author: Omokehinde writes from Lagos, Nigeria]