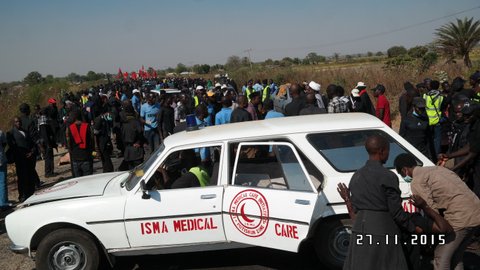 A suspected Boko Haram suicide bomber kills no fewer than 20 people this afternoon in Dakasoye village, Kano during a procession.

The religious trek from Kano to Zaria in Kaduna state was interrupted when a terrorist disguised as a trekker blew up himself around 2:30pm.

The explosion kills over 20 while several others were injured….. See graphic photos from the scene of the explosion 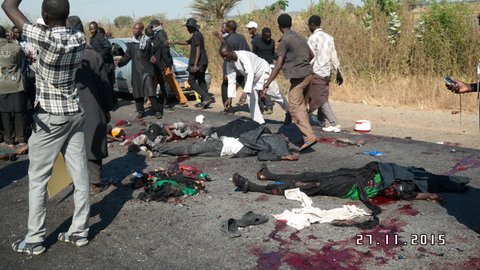 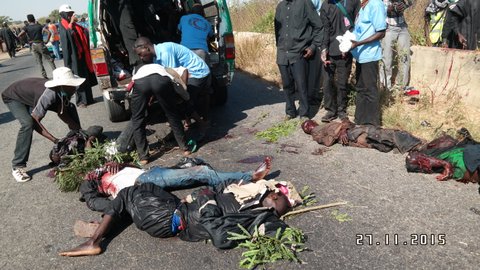 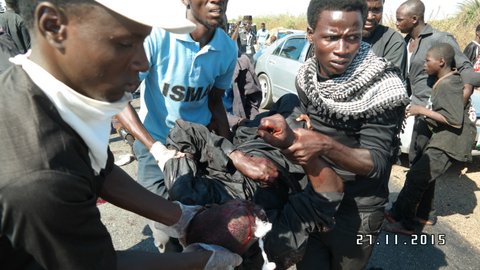