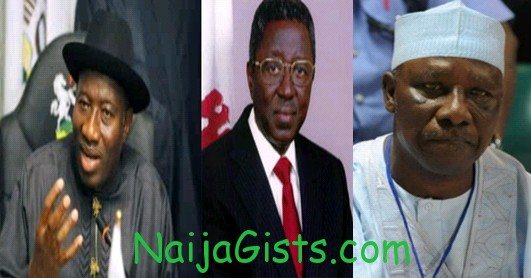 A cleric has revealed that the Bayelsa air mishap that led to the death of Governor Patrick Yakowa of Kaduna State and five others had long been foreseen and foretold.

According to the Man of God who wouldn’t want his name mentioned, a group, under the aegis of National Intercessors had some months ago foretold a serious tragedy involving Governor Yakowa

The revelation, according to the cleric would have forced Nigeria to pray, “as that was the desire of the power mongers who plotted the tragedy in the first instance.”

The pastor explained that the tragedy was orchestrated by some powerful political forces in the North and the Maghreb regions, who had vowed to deal with their political enemies.

He said, “It was revealed to us that three persons were specifically targeted. The three persons are President Goodluck Jonathan, Governor Jonah Jang of Plateau State and the late Governor Patrick Yakowa. The place they went has this pond with potent powers.

He further added that it was revealed to them that while the spirits of President Jonathan and Governor Jang refused to appear, that of Yakowa stood out of the pond.

“We made efforts to get in touch with the governor. Not only that, we also ensured that a prayer chain was formed. Prayer sessions were held in Kaduna for many days by a selected group of pastors.

“The pastors were coming to Kaduna to offer prayers based on a schedule. The prayer sessions were held for almost a year to avert the tragedy, because we realised that former Governor Yakowa had been killed spiritually by those people,” the cleric disclosed further.

“Whether or not the governor took the message was not known to us. You know, he was a Catholic and might not have believed in the revelations,” he explained, adding that from their own end, they did what they needed to do, but it was unfortunate that he had to die in the crash.

“From what we saw, the forces had killed him since that time,” he stated.