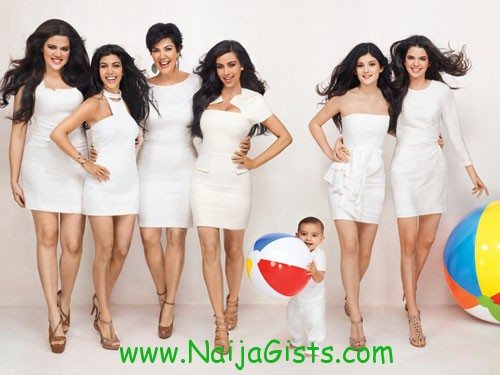 2 major groups, Occupy Wall Street  and change.org are working hard to get The Kardashians Reality TV Show off the air.

According to the Petition organizer Cyndy Snider,  “In a grass roots effort, we have collected [thousands of] signatures for a petition asking E! Entertainment to remove the Kardashian suite of shows from their programming. We feel that these shows are mostly staged and place an emphasis on vanity, greed, promiscuity, vulgarity and over-the-top conspicuous consumption”

According to Yahoo news, the petition — available at GoPetition.com — is just one of the organized efforts to get the Kardashian/Jenner clan off television screens, clothes, and perfume and nail polish bottles everywhere. Websites and Facebook pages are also calling for their ouster.

“While some may have begun watching the spectacle as mindless entertainment or as a sort of ‘reality satire,’ it is a sad truth that many young people are looking up to this family and are modeling their appearance and behavior after them,” Snider continued. “I’ll remind you here that the Kardashian family fame largely started with a ‘leaked’ sex tape.”

There’s even a petition to get Kim Kardashian’s role scrapped in the upcoming Tyler Perry film “Marriage Counselor.” Comments on the Talk section of his website range from mild to pure outrage over her casting.

“I really am disappointed in your decision to keep Kim K. in your movie. She is a disgrace to herself and her family. She is a role model and she has disappointed her fans. Let her go. I guarantee she will bring your ratings down. Dump her,” Marcell Troupe wrote.

Another fan gave a foolproof way to get in his movie.
“ATTENTION PEOPLE!!! Stop asking for handouts or to be in his next movie!! Don’t you know Just make a SEX TAPE and he will cast you in his next movie no matter what his fans think!!!!!!! Kim K did so can you! :)” Jeromy wrote.

Yowza. Kardashian is reportedly working with renowned acting coach Susan Batson to improve her skills for her role as a woman actually working on her failing marriage — something she knows nothing about.

“There is no particular religious or political platform behind our disgust; we are just finally fed up,” Snider added. – Yahoo News

The Kardashians are in a hot soup !