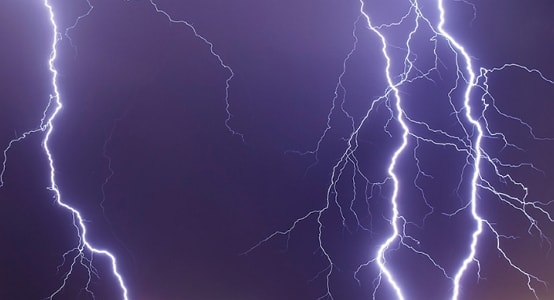 3 people including a motorcyclist, were struck dead in Ijebu -Ode, Ogun State, by a thunderstorm on Thursday followings hours – long torrential rain that pounded the ancient town.

The victims who were in their twenties had been ridding on a motorcycle and elected to take cover in a solitary building along the former Gateway hotel annex situating few metres away from the residence of an ex – Governor of the state, pending when the rain subsides but the accompanying thunderstorm, struck three of them dead.

It was learnt that the heavy thunderstorm hit the three simultaneously but a fourth person was lucky, and having been unaffected by the lethal impact, he fled the scene.

A sympathizer, Ridwan, identified one of the deceased as Ayo and hailed from Imomo-Ijebu in ijebu North East Local Government Area of the state.

The Ayo is said to be a motorcyclist and also repair fans.

The Nation gathered that a crowd of sympathizers and curiouser gathered at the scene to have a glimpse of the tragic incident, but nobody was willing to help evacuate the victims because of the superstitious belief attached to death by thunderstorm.

Even members of the Nigerian Police who visited the scene, could neither remove the remains of the victims nor touch a bag said to belong to them.