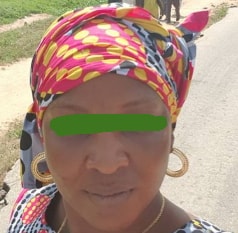 A woman identified as Ebere Okechukwu, today appeared before an Ikorodu Magistrates’ Court, Lagos, for allegedly biting her neighbour’s eye.

39-year-old Okechukwu, a resident of No 3, Alhaji Taliatu Lawal Gbasemo St., Aga Ikorodu, is facing a three-count charge of breach of peace, threat to kill, and causing grievous harm.

She, however, pleaded not guilty.

The Police Prosecutor, Sgt. John Iberedem, told the court that the accused committed the offence on June 15 at her residence.

Iberedem said that the accused and the complainant, one Perpetual Theophilus, had been at loggerheads on an undisclosed matter over the years.

He said that some neighbours had tried to settle the rift between them, but to no avail.

“On June 15, the accused went to the complainant’s shop to beat her and in the course of the fight, bit her eye.

In her ruling, the Chief Magistrate, Mrs F. A. Azeez, granted the accused bail in the sum of N100, 000 with two sureties in like sum.

She said the sureties should show evidence of two years tax payment to the Lagos State Government.

The case was adjourned until July 12 for mention. NAN