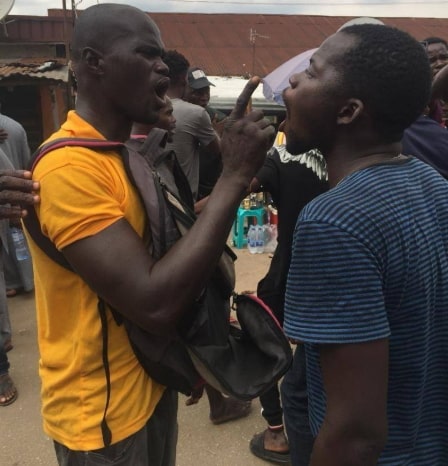 APC National Leader, Tinubu today arrived Ward C in Alausa few moments ago to show love to his supporters as the party’s governorship primary continues in the state.

It was gathered that Tinubu reportedly dropped some money with the ‘Alausa boys’ on his arrival. This later degenerated into chaos, and unsettled the ward as they dragged for the cash.

According to reports, a man (seen in the picture) gave his colleague a slap after he asked him for his share of the money.

Olanrewaju Yahaya, the electoral officer of the ward announced that Sanwo-Olu polled 960 votes ahead of the governor who secured just four votes.

Following a reported relationship breakdown between Ambode and Tinubu, the latter was said to have anointed one Babajide Sanwoolu as the next governor of the state. 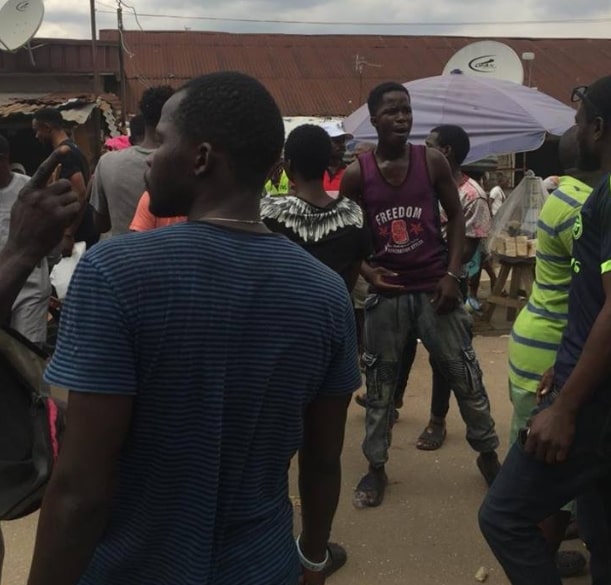 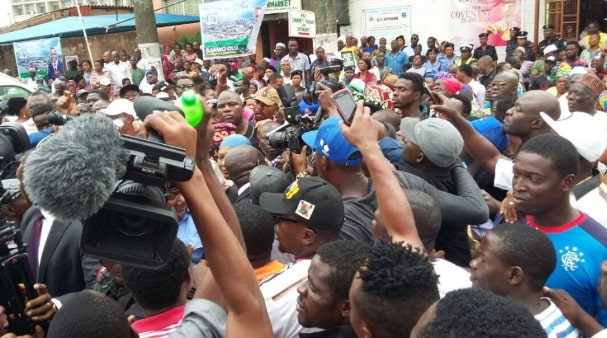