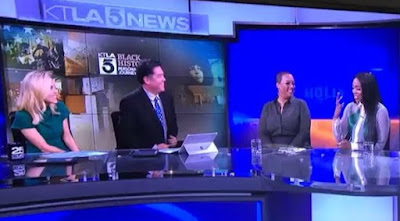 She is currently in LA for the upcoming Grammy Awards.

Her promoter managed to secure her an interview with KTLA5, a popular LA-based news channel.

See the preview of the interview below:

The Grammy’s will hold on February 12, 2017 at the Staples Center in Los Angeles.

Tiwa Savage will be performing at “Black Women in Music”, an official pre-grammy event that will hold in LA tomorrow.

Continue Reading
You may also like...
Related Topics:pre grammy awards, Tiwa savage, us