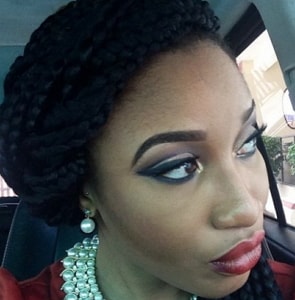 Nollywood actress Tonto Dikeh is not happy at the moment after she was dragged to the mud by someone she promised to give N20K to.

The actress who has dumped acting for  charity mission allegedly promised to pay N20K to a fan in need however because of the failed promise, she was somehow insulted.

Tonto who seems to be feeling the pressure mounted on her by corporate beggars immediately took to the social media to vent her anger.

“I have never regretted helping anyone or trying to help anyone in my life but tonight i am in so much regret.. Now i understand why other celebrities don’t help or bother about the welfare of their fans and followers..this is stupid.” 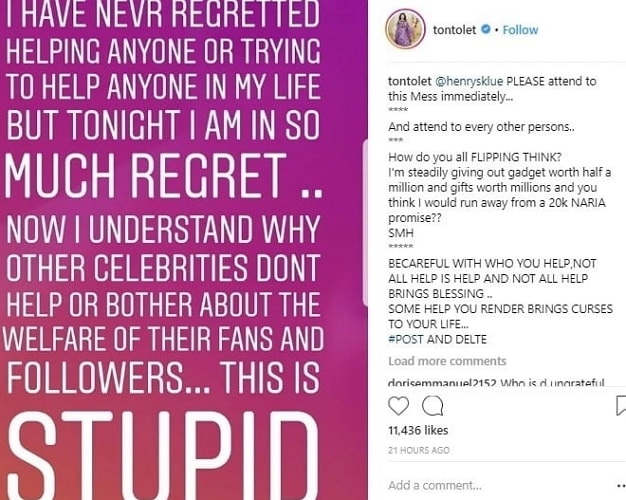 Continue Reading
You may also like...
Related Topics:insult, tonto dikeh

Dr Mike Okonkwo To Pastors: You Must Apologise If Your Prophecies Fail To Come To Pass
Nigerian Man Pays Doctor To Remove Wife’s Womb In Festac Lagos Because She Loves Having Kids & Hates Birth Control