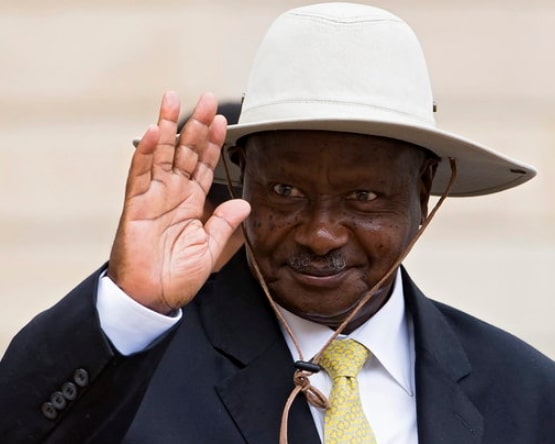 President Yoweri Museveni of Ugandacame under fire Monday for saying he had not stepped into the kitchen since he got married, and that it was not a man’s role to cook.

“The head of the home never goes into the kitchen. It is now 45 years with Mama Janet. I have never stepped into the kitchen. That is how it should be,” he said on Sunday in a statement, as an example of how politicians and civil servants should stick to proscribed roles.

Oxfam’s International Executive Director, Winnie Byanyima, hit back at the 74-year-old president on Twitter, saying she was “disappointed.”

“Cooking isn’t a woman’s job. It’s a life skill. All people — men and women — should cook,” she wrote.

“When cooking, cleaning and doing other domestic chores are left to women, they are denied an equal chance to raise incomes or to be politically active.”

Beatrice Alaso from the opposition Forum For Democratic Change told AFP: “Museveni has revealed to the world what he has always believed in: that women can never be the same as their male counterparts.”

Online news website Watchdog Uganda however defended Museveni’s comments as consistent with the country’s culture, which sees men cooking as “taboo;” saying some ethnic groups in the country have a word referring to men who cook as a “transvestite or a man dressing and behaving like a woman.”