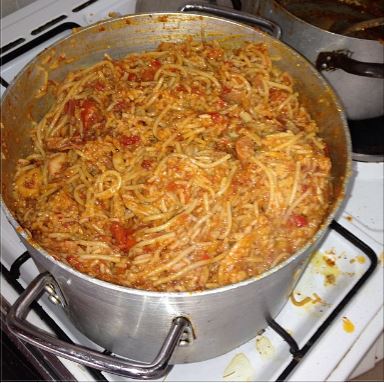 Monday Suileman, a 29-year-old jobless man who allegedly stole three cartons of spaghetti, was on Thursday charged before a Badagry Chief Magistrates’ Court in Lagos State.

Uko said the accused stole the items from the shop of the complainant, Miss Gbemi Adoveh.

“The accused went into the shop in the plaza and as soon as he noticed that there was no one there, he took three cartons of Spaghetti but he was immediately apprehended by the shop owner.”

The accused, however, denied the charge.

Mr Remi Ajose, counsel to the accused, urged the court to grant him bail, saying he will not jump bail.
In his ruling, Magistrate Abiodun Etti granted the accused bail in the sum of N50,000 with a surety in like sum.

Hearing for this case will hold on the 7th of October.