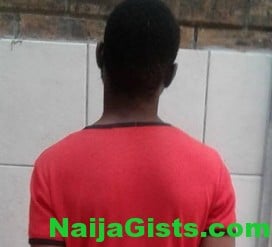 A Karmo Grade I Area Court on Thursday sentenced a Ghanaian, Hillary Rogeis, to five months in prison for stealing three sacks of assorted reading books valued at N200,000.

The police charged Rogeis and Ohadaka Linus who lives in Wuse Zone ll Abuja, with joint act and theft.

The judge, Inuwa Maiwada, sentenced Rogeis with out an option to pay a fine.

Maiwada also ordered the deportation of the convict upon completion of his jail term.

The judge admitted Linus to bail in the sum of N150, 000, with one surety in like sum after he pleaded not guilty to the charge leveled against him.

Maiwada ordered that the surety must be reasonable, reliable, reside within the court jurisdiction and their addresses must be verified by a court staff.

He also said that the surety must present copies of utility bills and identification cards.

Maiwada adjourned the case until May 6, for hearing

Earlier, the Police Prosecutor, Ijeoma Ukagha, told the court that one Isa, of Karamajiji Abuja, reported the matter at the Utako Police Station Abuja, on March 30.

Ukagha said that the complainant reported that Rogeis and Linus, broke into his store and stole books.

She said during police investigation two sacks of the books were recovered from them.

The prosecutor also alleged that Rogeis was an ex-convict, a notorious criminal.

Ukagha said that the offence contravened the provisions of sections 79 and 288 of the Penal Code.