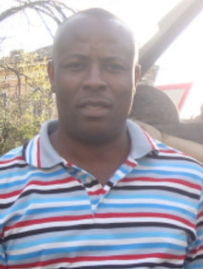 A lecturer in the University of Calabar, Eyo Mensah, and six others are to face criminal charges at the High Court sitting in Calabar over certificate forgery allegations.

Prosecution counsel, Eno Eyamba, on Thursday sought the granting of a motion exparte by Justice Emilia Ibok, to continue with charges against the accused.

It was learnt that they had been under investigation over a petition written by the former Vice Chancellor, Prof. James Epoke.

According to the letter, investigations had been concluded and they have been “sufficiently implicated” as such should be released by the university to stand trial in court.

According to the letter titled “Application for the release of the following staff and students of the University of Calabar to stand trial in an alleged certificate forgery case”, charge was on the directives of the Attorney General and Commissioner of Justice of Cross River State.

“I have the directives of the Attorney- General and Commissioner for Justice to release the above named persons of your institution to stand trial in an alleged certificate forgery case of the University.

“Upon completion of analysis of the facts of a case file received from the Police, the petition by the former Vice Chancellor, Prof. James Epoke ,weighed against the law, our legal advice that the above person be charged for conspiracy to commit felony and forgery in accordance with extant laws of the state having been sufficiently implicated,” it read.