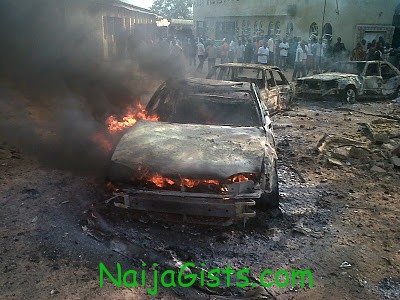 While many are busy celebrating Christmas on this special day, others are mourning the death of their loved ones in Nigeria.

Naijagists.com was the first to break the news of Christmas Day Bomb Blast by Boko Haram early morning hours of Sunday Dec 25, 2011.

Over 20 members of St Theresa Catholic Church in Madalla, Suleja, Niger State lost their lives after the Christmas Day Mass.

An explosive-packed car parked at the premises of St Theresa Church in Madalla exploded at 8:30 am while members are leaving the church.  naijagists.com

After the first bomb blast, the 2nd explosion occurred when a suicide bomber drove a BMW car into the church compound.

The second suicide bomb, left thousands of people injured. These people have been taken to Lucas Hospital and University of Abuja Teaching Hospital Gwagwalada for treatment.

According to a Naijagists.com facebook fan who lived around the area, Thousands are @ lucas hospital injured

The Aftermath of Christmas Day Bombing By Boko Haram in Niger State, Nigeria 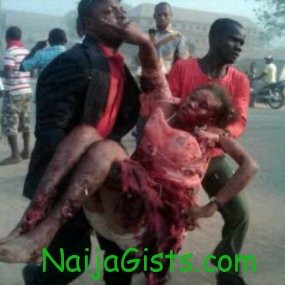 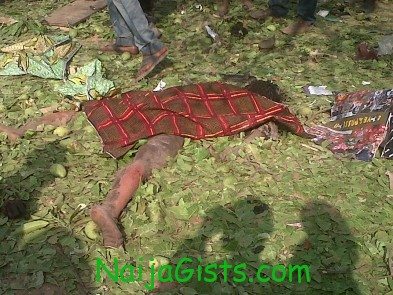 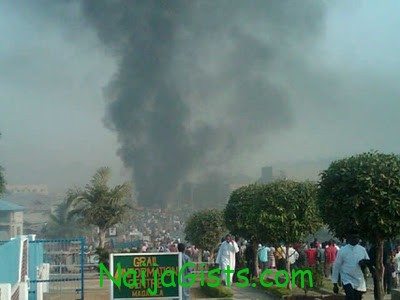 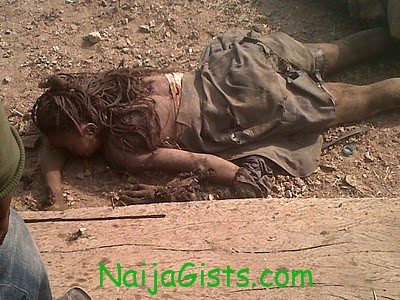 Below are few of the responses Naijagists.com received from our facebook fans:

Muhammed Hammed Olanrewaju ?@Nig. Online comm., hope this is not a fabricated news?…

Makson Omogba Isaiah ?@ mohammed it is not fabricated news It happened at st theresa catholic church madalla niger state in my erea

Anslem O. Ezenwa Pls.tell me who has the powers in the country? Mr. President or the boko haram.

Odetayo Janet Can we beat our chest and say we are celebrating xmas in nigeria,dis is heart breakin

Felix Joshua Islamic terrorist!,let us be in peace

What is President Jonathan’s Administration doing to combat these wicked Boko Haram militants?

Mr President should do something or step down. Thousands of civilians are dying everyday ENOUGH IS ENOUGH.