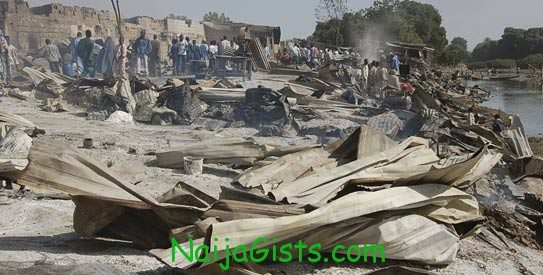 THERE IS AN UPDATE ON THIS BREAKING NEWS, READ IT

We learnt the explosion hit a church near the Nigerian capital Abuja on Christmas morning, according to an emergency official said, there were several casualties, but he could not immediately provide a figure.

“Explosion in St Theresa Church close to Abuja,” said Yushau Shuaib, a spokesman for the National Emergency Management Agency of the blast in the Madala area. Watch the video below

People were inside the church at the time of the blast, but Shuaib could not say how many.

Many people people have been confirmed dead while several people injured.

Stay in touch with naijagists.com for an update on this developing story.