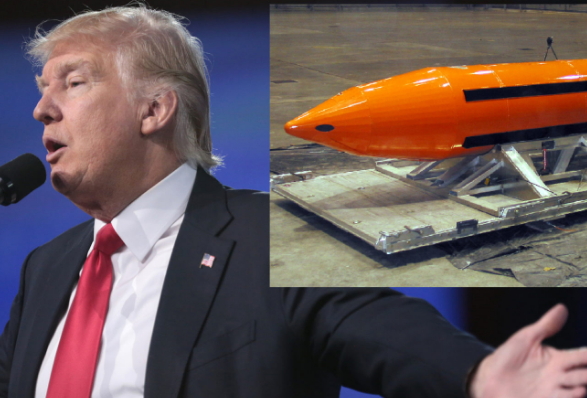 The much talked about mother of all bombs weighing 20,000 pounds with a price tag of $16m per unit manufactured by the United States could only kill 13 suspected Islamic State fighters in Afghanistan, after all.

The Afghan Defense Ministry said Friday that as many as 36 suspected Islamic State militants were killed in Afghanistan when the United States dropped “the mother of all bombs,” its largest non-nuclear device ever unleashed in combat.

The claims have not been independently verified, but ministry spokesman Dawlat Waziri said no civilians were harmed in Thursday’s massive blast that targeted a network of caves and tunnels.

“No civilian has been hurt and only the base which Daesh used to launch attacks in other parts of the province, was destroyed,” Waziri said in a statement, using an Arabic term for Islamic State, which has established a small stronghold in eastern Afghanistan and launched deadly attacks on the capital, Kabul.

The United States Defense Department likes to show off. After proving it can move with the quick strike capability of a cobra as it did when it launched 59 tomahawk missiles at a Syrian airfield, the Pentagon on Thursday decided to up the ante by showing its muscle.

They dropped the largest non-nuclear bomb against ISIS in the Nangarhar Province in Afghanistan.

Continue Reading
You may also like...
Related Topics:fighters, isis, kill, mother of all bombs, us