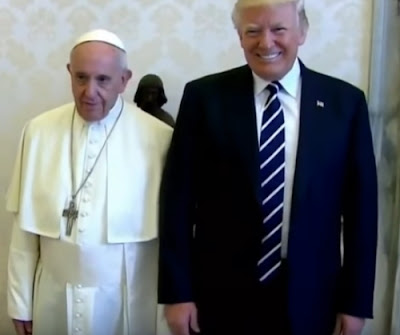 US President Donald Trump’s matter has turned into a comedy.

In the viral video below, Pope Francis was seen smiling to cam the moment he gave Trump a slap on the hand just like Melania did to Trump in Tel Aviv Israel.

It is obvious the viral video was made up to further poke fun at Trump.