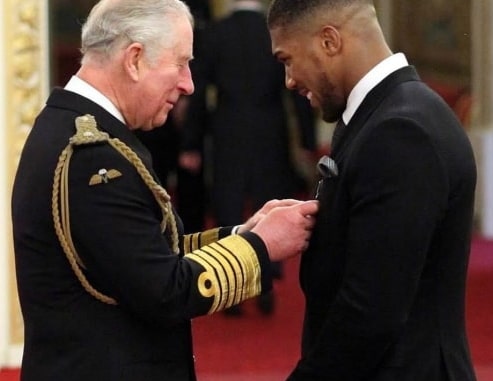 Nigerian British heavyweight boxing star Anthony Joshua has been awarded the Order of the British Empire OBE by Prince Charles in an investiture ceremony at Buckingham Palace on Thursday.

The 29-year-old currently holds the WBA, IBF and WBO titles after winning his March unification clash with Joseph Parker and was honoured for his services to sport back in June. Thursday’s ceremony marks the latest accolade Joshua has collected after he was also given an MBE in 2013 after claiming Olympic gold at London 2012.

Prince Charles also awarded Joshua his MBE back in 2013.

When the imposing fighter, who is 6ft 6in, shook hands with the Prince after the presentation, he said Charles joked with him, saying: ‘Shouldn’t you be playing basketball?’.

Dressed in a black suit jacket and grey trousers, Joshua once again beamed with delight on his visit to the Palace as he accepted the honour from the Prince of Wales. The pair were photographed shaking hands and then in a discussion in front of the packed audience. 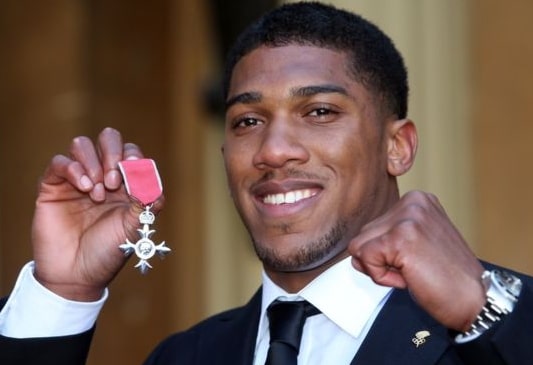 Joshua continues to enjoy some time away from boxing as he waits to see who will be the next to challenge him at Wembley.

Promoter Eddie Hearn wants his client’s next fight to be signed and sealed by early January as the clock ticks down on the heavyweight’s proposed return to the ring.

Joshua is due to fight at Wembley on April 13 but the controversial draw between Deontay Wilder and Tyson Fury in Los Angeles earlier this month has thrown his plans into disarray.

Hearn insists a clash with WBC champion Wilder for the undisputed crown remains their No 1 priority. But with the American expected to face Fury in a rematch, the winner of Saturday’s rematch between Dillian Whyte and Derek Chisora in London is the current frontrunner. 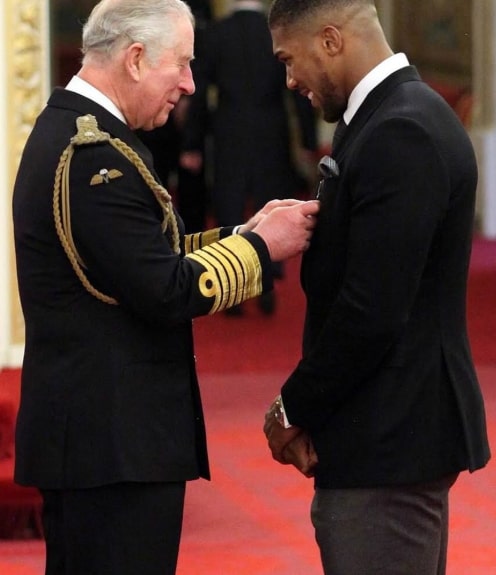 There have been reports in recent days that AJ is ready to ditch his return to Wembley in exchange for a US debut. 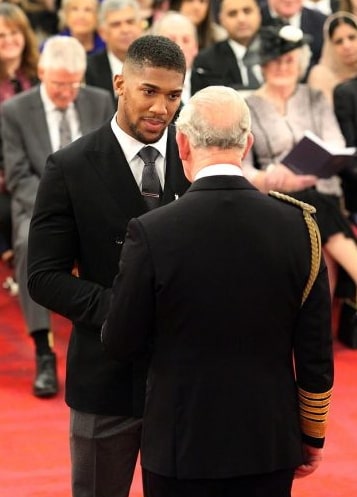 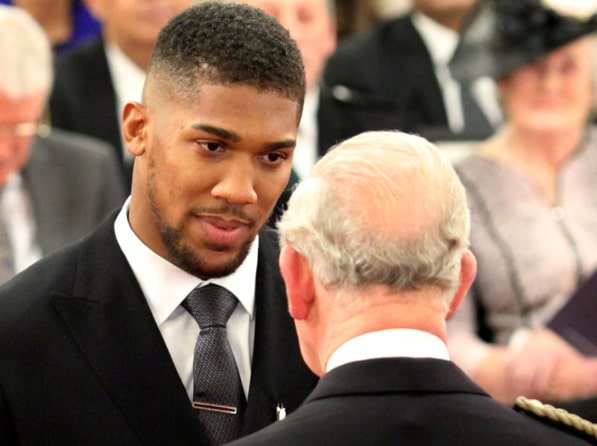 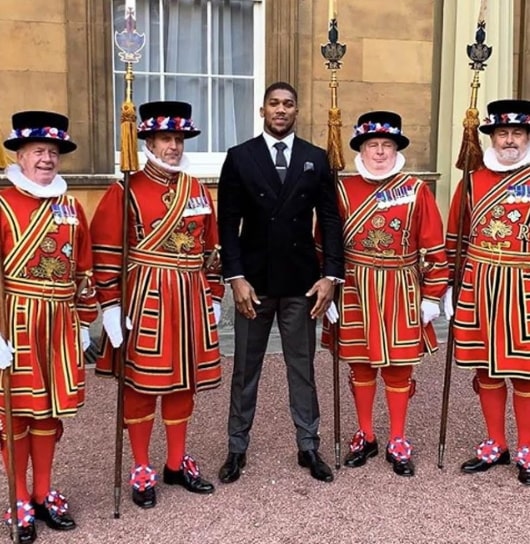