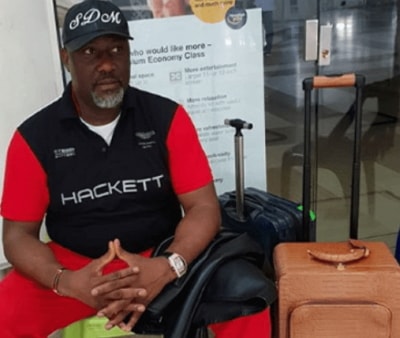 The arrest of untouchable senator Dino Melaye has been confirmed by the Nigerian Immigration Service.

According to the NIS, the controversial senator was picked by immigration officials in Abuja this morning based on “order from above”.

Melaye’s social media team also confirmed his arrest on Twitter at 7:32am.

Dino Melaye was heading to Morocco when he was picked up for allegedly supplying firearms to some political thugs responsible for the murder of many in Kogi state.

The APC senator said his arrest was politically motivated.