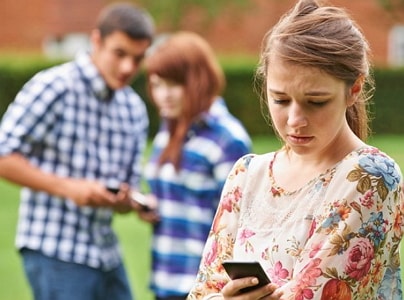 Happy new month! May this month of July bring us peace and joy in Jesus mighty name! In the last 2 weeks, I’ve been writing on our teenage girls and their obsession for boyfriends. Some permissive parents could say it’s no big deal for their daughters to date in their teens but I tell you it does more harm than good. I’ll forever emphasise the importance of the delicate teen years which is what eventually determines how one’s life would go – its fair success, average success, outstanding success or massive failure! No wonder former American First Lady – Mrs. Michelle Obama – once said while speaking to teenage girls “If I had worried about who liked me and who thought I was cute when I was your age, I wouldn’t be married to the president of the United States today.”

THIS IS A VERY SERIOUS MATTER and shouldn’t be handled with kid’s glove! As I mentioned last week, it is normal for every girl to have a crush or fall in love in her early teens if not sooner because the world has gone crazy. However, she must be compassionately assisted to nip her uncontrollable infatuation in the bud before it gets wild and becomes a way of life!

Too many beautiful destinies are being diverted daily by stupid, bad devil who just loves to confuse the children of God! Without having boyfriends in their teens, a lot of girls would be more knowledgeable, have better grades, better qualifications, better self-esteem, make use of their vivid imagination and create wonderful lives their parents could never boast of. They would easily realise glorious and lofty dreams and have uncommon achievements; in fact, we would have so many teenage amazons and environmental transformers! They’d be more in control of their emotions and spirituality and above all be well-equipped to handle life’s vicissitudes and a lot of challenges the female folk face. They would become very strong after spending all the time they should have spent on falling in and out of love and having their hearts torn apart and their souls painfully wounded by having boyfriends on self-development! They would become better builders of a saner society!

Your daughter could be obsessed with some guy or the other because of the this reason:

Inadequate love and attention
Let the truth be told, before the society begins to get at your children, you are the major determinant of the path they eventually choose to follow! Sadly, so many parents in this age are not intentional about their parenting and raising of their offspring. While some are too carried away looking for daily bread and dealing with personal issues, some are wealthy enough to give their children what they never had as kids but don’t bother to pay attention to every detail of their children’s lives! Too many children are unfortunately left to domestic staff and unwholesome misinformation from their peers at school. A child’s impressionable years are so scary such that just one information or experience could set a child rolling on the wrong path of life. And once this happens, it only takes God to help that child and that’s why trying to change your children’s thoughts about life and their attitude towards issues of life in their teens is nothing but damage control!

Your girls need your 100% love and attention if you truly love her and want her to turn out well! No one should love your children more than you do because you brought them into the world although there are so many parents who don’t love their kids. If you ask me – I don’t know which planet they come from! The world out there is extremely hostile and very tricky! So tricky that an average girl sees what she wants to see in the eyes of her parents (who should lift her up every time life hits her) in the eyes and arms of a complete stranger who more often than not endangers the poor girl and leads her on a most dangerous path! A few days ago, a 13-year-old girl confessed how her teacher constantly slept with her and assisted her in aborting two pregnancies! She also mentioned how he showered her with so much love like no other person in the world yet she lives with her parents! May such not happen to our daughters!

Continue Reading
You may also like...
Related Topics:boyfriend, girls, obsessed

More in Parenting Tips And Tricks

Columnist Calls Russian Women Overused Prostitutes For Flirting With Foreigners During World Cup
“My Boyfriend Is Too Nice To My Kids, I’m Afraid He’s Pretending” – Single Mother Of Two With Trust Issues Cries Out For Help