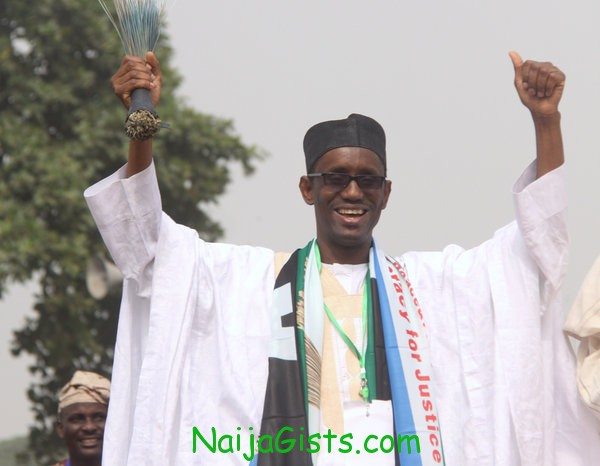 Many controversies generated by the Minister of Petroleum Resources’ appointment of former EFCC boss and presidential candidate of Action Congress of Nigeria has come and gone. naijagists.com

While many people are still at a loss as to why the former anti-corruption boss took up the offer from the Goodluck Jonathan-led administration, many suspect that Ribadu had another thought on his mind – to pay back Tinubu in his coin because of the way he treated him during the last election. Hence, after consultation with few friends and family members without consulting the top echelon of the ACN, he took up the appointment, which infuriated Tinubu and his men.

Ribadu, we learnt, has not forgotten how Tinubu messed him up during the last presidential election in which he performed woefully in some south-west states. It was even alleged that Tinubu was compensated by Jonathan for swaying the electorates to the side of PDP.

Further investigation by Ribadu showed that the election he won in some south-western states was pre-arranged by the top echelon of the party so it would not look as if the party sacrificed him.

Global News gathered that the party did not support Ribadu financially during the election and he spent his money to campaign, going around begging for money from people while his party chieftains were busy with another plan for the election. And Ribadu was used and dumped, left in the cold like an orphan.

This infuriated him and rather than discuss it with the leadership of the party, he decided to keep calm and wait for the appropriate time to pay back Tinubu and his co-travelers in their own coin. And when Jonathan and his men lobbied him with the appointment, he quickly grabbed it with both hands, an action which no doubt annoyed Tinubu but he couldn’t talk or take any action because he knew the bad he had done to Ribadu. Instead, the party told the whole world that the former anti-corruption czar’s decision to take up the appointment was unilateral.

As at now, the permutation, according to some people, is that Ribadu’s acceptance may be his first step to joining the Peoples Democratic Party.