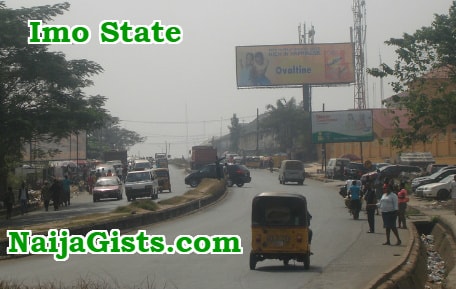 A woman who killed her step daughter in Imo state on Friday has been arrested.

The accused, Prisca David allegedly beat her step daughter, 13-year-old Veronica David to death at their home in Ogwuaga Abba in Nwangele LGA of Imo state.

After killing the girl, Prisca prevailed on the father of the girl, Damian David to get an accomplice to tie a rope around the girl’s neck to create the impression that she committed suicide but a boy who saw them committing the act reported the matter to police.

The 3 suspects involved in the murder are currently at the homicide section of the Imo State Police command in Owerri where they are expected to be paraded and charged to court.

A resident  said the father of the girl married Prisca after the girl’s mother died.

“They had always maltreated the girl. They were beating her that Friday morning as usual when she slumped and died.” – said the resident named Chima.