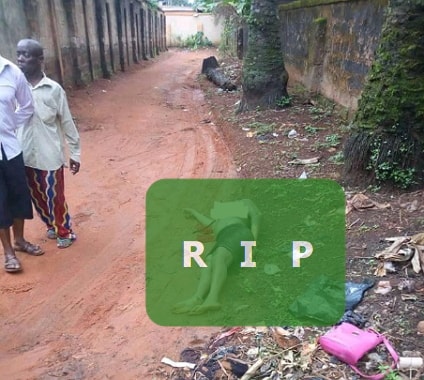 She was said to have been strangled to death by someone suspected to be her rival.

The State Police Public Relations Officer, SP Haruna Mohammed (PPRO), confirmed the incident, saying the police was alerted by the brother to the deceased, Thankgod Okoli.

He said the body of the deceased was almost decomposing with rag suspected to be used in committing the murder tied round her neck when the police arrived the scene.

The corpse has been deposited at Enugu Ukwu General Hospital for autopsy.