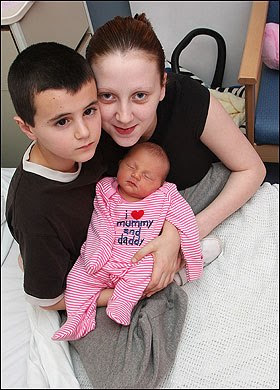 Meet the youngest father in the world, a 12-year-old boy named Sean Stewart.

Here is what happened…

Sean and his mother relocate to Websters back in November 1996. He became a close friend of Emma and the lovers started an affair.

One thing led to the other, Emma got pregnant. 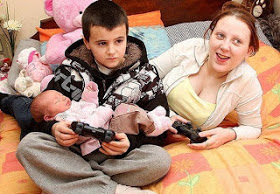 Contrary to reports that Sean Stewart and girlfriend gave birth yesterday, we can authoritatively confirm that it happened back in 2009.

Daily Motivation: The Other Side Of Success
Bomb Blast Killed 25 Luxury Bus Passengers In Kano (Photos)