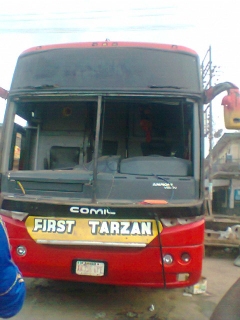 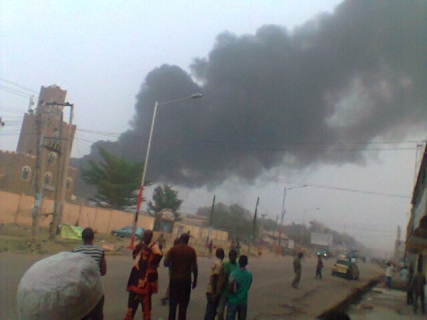 The  luxury bus explosion that took place at Sabon Gari area of Kano today killed all the 25 passengers on the bus.

According to eye witnesses of this terrible scene, all the passengers on the bus where killed instantly.

Below is what an eyewitness told NaijaGists.com tonight.

A fully-loaded luxury bus by First Tarzan carrying an estimate of 25 passengers going to Lagos left New Road Motor Park around 6pm in the evening.

Apparently two terrorists disguised as passengers bought two bus tickets and loaded fake luggage packed with explosives to the boot of the bus.

The 2 suspected bombers bought tickets and loaded their bomb at the back of the boot.

Within minutes of take of, the multiple bomb loaded at the back of the bus exploded killing all the passengers immediately.

This happened around the predominantly Christian area of Sabon Gari in Kano city.

The impact of the bomb explosion destroyed the garage.

We also learnt several bystanders were injured in the explosion.

What is Nigeria turning into now…. Oh God come to our aid o…

The international community should also stop watching and come to our rescue as a troubled nation.

See more photos from the blast below. 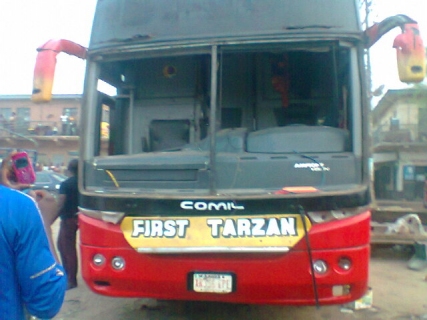 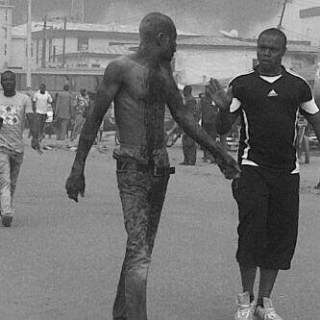 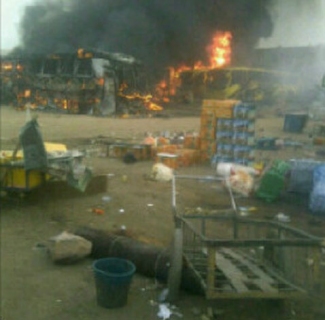