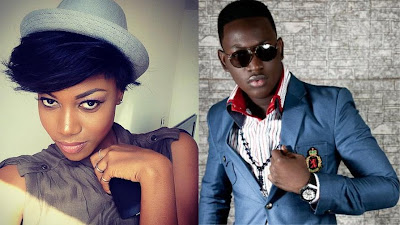 Ghanaian actress Yvonne Nelson who got dumped by Nigerian singer Iyanya has found love again and this time around, she confirmed it is young Naija musician Oyindamola Johnson Emmanuel popularly called Dammy Krane.

In this recent interview with Tolu Oniru aka Toolz on Ndani TV the actress revealed what led to her breakup with Iyanya.

The actress who was rumoured to be dating BET award winner Ice Prince denied the claim.

She said she’s a close friend of Ice Prince with no string attached.

Iyanya was very special. We had a thing but I guess it was all a joke. You know, he had it all planned out. He knew what he was looking for and I guess he had it or got it. He had a lot of girls on the same role. It just didn’t work. I just heard a lot of things and did lot of things. I feel it’s very disrespful  talking about him like that. It happened to me you know, he can choose not to talk about it. The lies were just too much.

Toolz Asks: Somebody said you broke up with him because of certain Nigerian actress. How true is that.

I thought it ended because of her but there were so many other things going on. I will give you a scenario; I was in town for his birthday and guess what…there were other girls there as well. Some from South Africa, some from wherever… no not friends. He was seeing them. And I was feeling like; so I’m at his party, we are chilling, we are hanging out but guess what; there were other people there.

Ice Prince and I have known like since. He calls me his homie and he is my hommie. We talk. We do everything. I tease him when I hear he is dating some girls …we are very close. We are just friends.

He doesn’t want my waist. He really loves me.

She has been in so many unsuccessful relationships…. This calls for prayer.

Why is she not dating Ghana-based men?