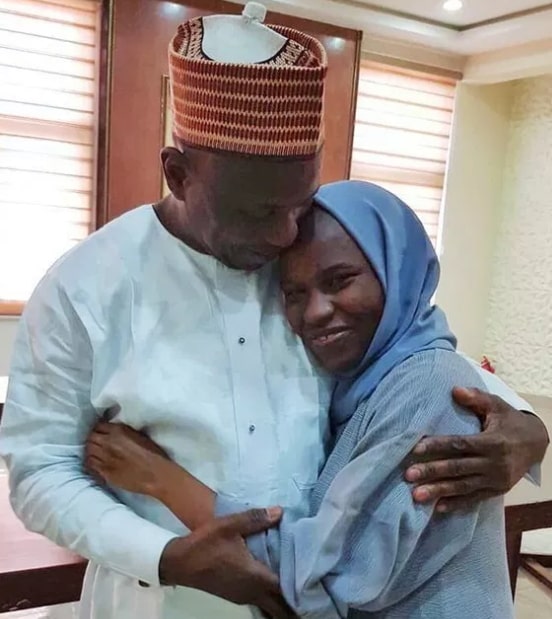 The innocent lady who escaped death after 4 months in detention in Saudi Arabia over alleged drug trafficking has returned hom.

She who was detained for more than four months by the Saudi Arabian government over alleged drug trafficking, returned to Nigeria today.

The lucky lady who was accompanied by another Nigerian also accused of the same crime, Ibrahim Abubakar, landed at Malam Aminu Kano International Airport (MAKIA) today.

Confirming the development, Alhaji Habibu Aliyu Kila, Zainab’s father, said: “I was told about their coming three hours after their plane took off from King Abdulaziz International Airport, Jeddah. So, I was taken unaware but as I am speaking with you, I am together with my daughter.”

Kila thanked the federal government and all those that played roles in releasing his daughter.