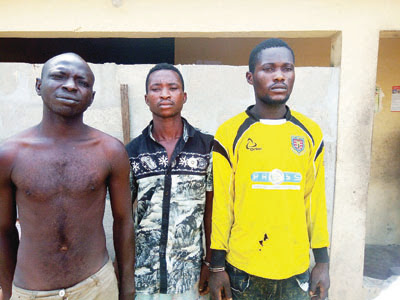 Police in Yenagoa town in Bayelsa state have rearrested 3 fleeing suspects out of the 10 criminals who reportedly escaped from the custody of Special Anti Robbery Squad in Yenagoa Bayelsa state.

The incident which terrified residents of Yenagoa happened around 2am at SARS cell on Road Safety Road.

The suspects reportedly fled through the ceiling of the cell.

Senior SARS operatives were on Monday sent to the cell to assess the situation.

Three of the fleeing suspects have been re-arrested.

Bobrisky Arrested In Lekki Lagos For Coming Out As Gay, Locked In Same Cell With Other Men
Funke Akindele Bello In London To Deliver Her Twins Or Triplets – Fan