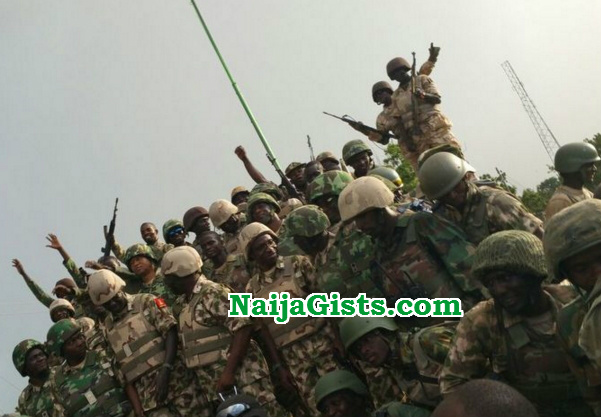 About 1000 soldiers from the 242 Reconnaissance Battalion in Badagry Lagos have been deployed to the north to replaced troops fighting Boko Haram in Borno State.

Chief of Army Staff, Lieu­tenant General Tukur Buratai, who addressed the soldiers over the weekend charged them to go the North East and wipe out Boko Haram “but, you must fight within the rules of engagement.”