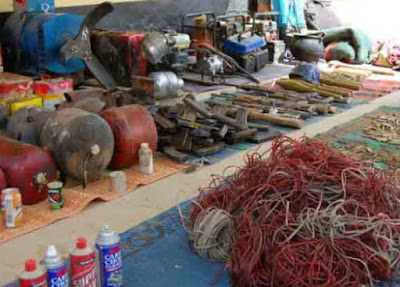 The DSS has arrested some desperate members of the dreaded Boko Haram sect while they were perfecting plans to join the Nigerian army.

According to DSS spokesman, Tony Opuiyo, the suspects were arrested in Kano before they could fulfill their evil desires.

The suspects identified as Idris Audu aka Aya and Ibrahim Abubakar were planning to seek recruitment into the army before their arrest.

The DSS made this known in a statement released in Abuja on Sunday.