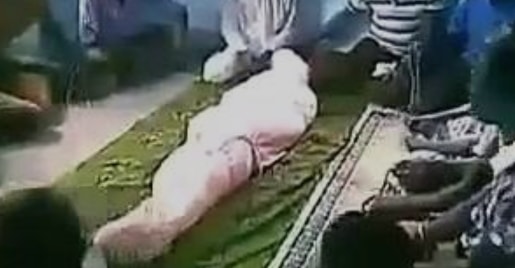 An employee of an Ilorin based Islamic University has leaked the video of a group of people worshiping a dead man just as he was about to be laid to rest.

According to him, an Islamic group called the Sufi is behind the strange act of worship.

In the footage which has gone viral, the group were seen praying vigorously on the corpse of a dead man in a small room.

Sufism which is based on the esoteric understanding of the Quran involves rituals and doctrines which started in the early days of Islam.

Most modern Muslims see Sufism as a strange act of worship.