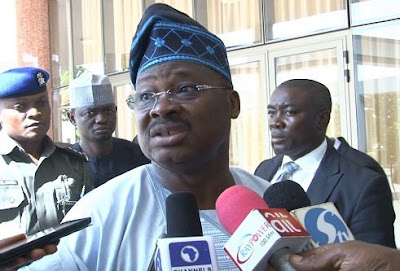 Oyo State governor Ajimobi has condemned the alleged act of brigandage that occurred during a ceremony at the palace of the Olubadan of Ibadanland, Oba Saliu Adetunji on Monday.

In a statement signed by his Special Adviser on Communications and Strategy, Mr Yomi Layinka, the governor directed security agencies to ensure that the masterminds are swiftly arrested, interrogated and brought to justice.

He vowed not to brook anyone or group of people desirous of bringing back the regime of violence and brigandage to the state.

Ajimobi reiterated his commitment to the security and protection of lives and properties of all citizens of Oyo State, which he said that
his administration laboured hard to restore and maintain in the last six years.

NAN reports that five yet-to-be identified gunmen invaded the Olubadan palace at Popoyemoja in Ibadan where the monarch was conducting an installation ceremony of newly appointed traditional rulers.

The gunmen, who arrived the scene in a space bus, fired gunshots but no casualty was recorded in the incident.

One of the gunmen was said to have released volleys of gunshots into the air via the open roof of the vehicle, while others reportedly shot through windows of the vehicle.

Men of the state joint security task force `Operations Burst’ arrived the palace within five minutes of the incidence to restore normalcy.

NAN reports that the incident had occurred at a time when the monarch was about to commence the installation of four new Baales (village heads) in his palace.