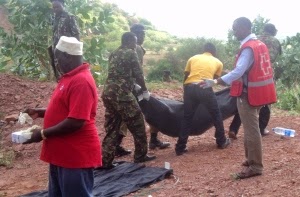 On Tuesday morning, some gunmen suspected to be members of Al Shabaab Islamic sect stormed a Quarry site in North-Eastern Kenya and killed 36 Christians after separating them from the others.

Eyewitnesses said, the terrorists stormed Mandera Quarry in the early hours of the day and ordered the Muslims to step out from the Christians. 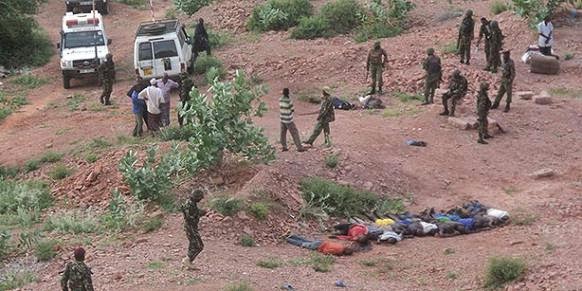 They lined them up and executed them. A witness said the gunmen beheaded four of their victims.

Just this past week, the Somalia-based jihadi sect killed 28 Christians travelling to Kenya from Somalia on a luxury bus after separating them from the Muslims.

The President of Kenya has fired his security chief over this latest attack.

These terrorists are no humans… They must be animals from another planet because a man with blood flowing through his veins will never kill his fellow human.