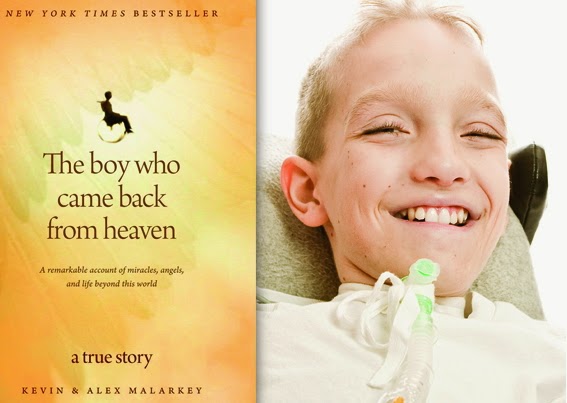 Jan 17, 2015 – Alex Malarkey, Boy Who Went To Heaven After Death Says He Made Story Up, Fake Book Pulled From Shelves

The best selling book of a 6-year-old boy who claimed he went to heaven straight after an accident that put in coma has been pulled off the shelves after he admitted that the story was made up.

Tyndale House, the Christian book publisher confirmed on Friday that they are currently working on getting the book titled ‘The boy who came back from heaven‘ off the shelves worldwide.

In an open letter Alex sent earlier this week, he admitted to making up the story in order to get attention. He said he regretted that people had profited from the lies he told.

“I did not die. I did not go to heaven,” “When I made the claims that I did, I had never read the Bible. People have profited from lies, and continue to. They should read the Bible, which is enough.” – Alex wrote

Alex mother, Beth said her son has never profited from the bestselling book.

This is what she wrote in a blog posting last year:

“both puzzling and painful to watch” and she believed Alex had been exploited.
“I could talk about how much it has hurt my son tremendously and even make financial statements public that would prove that he has not received moneys from the book nor have a majority of his needs been funded by it,” .“What I have walked through with Alex over the past nine years has nearly broken me personally and spiritually.”

Something is not clear here, children rarely lie, how are we sure his mother is not using this as a revenge for not receiving anything from the proceed of the book sale?