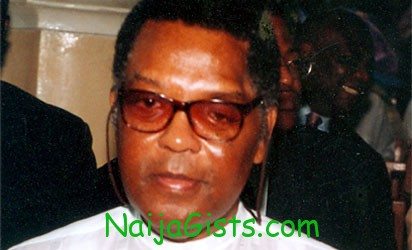 The Chairman as well as the Publisher of The Guardian newspaper who’s also the ex-Minister of Internal Affairs, Mr. Alex Ibru, passed away today at the age of 66.

Chairman, Publisher of The Guardian, Dr. Alexander Uruemu Ibru has passed on. He died at about 1.30p.m. on Sunday, November 20, in the course of an illness. He was 66. Burial arrangements will be announced soon by the family,” His Newspaper, The Guardian said in a statement.
Rest in Peace !