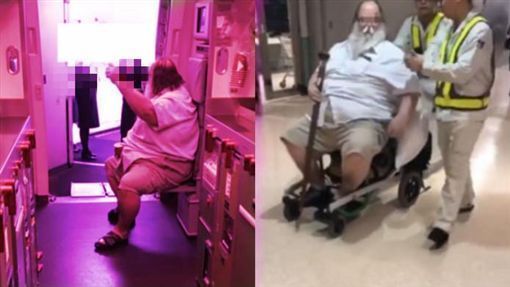 An unnamed American man who allegedly humiliated some flight attendants on an Eva Air flight from Los Angeles to Taiwan has been banned for life on the airline.

The 440lbs man reportedly forced the flight attendants to strip him in a toilet and wipe his backside while he moaned with pleasure during the long flight.

A crew member simply identified as Kuo who was among those humiliated said the passenger boarded the plane in a wheelchair and requested he be given three adjoining seats in economy class due to his size.

As the flight was not full, he was granted his request, which later allegedly escalated to a demand to use the plane’s business class lavatory because he would not fit in the economy cubical.

Here is what Kuo said during a press conference today. 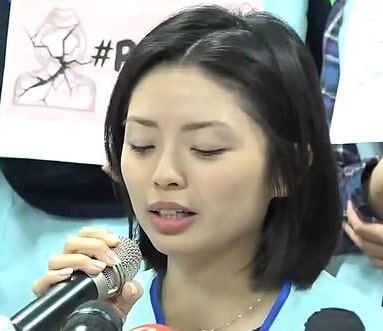 ‘I told him we couldn’t help him, but he started yelling. He told me to go in there immediately and threatened to relieve himself on the floor.

‘As the passenger’s genitals were now exposed, one of my colleagues brought a blanket, which I used to cover his modesty.

‘But he very angrily slapped my hand away, saying he didn’t want it and only wanted me to remove his underwear so he could use the toilet.’ 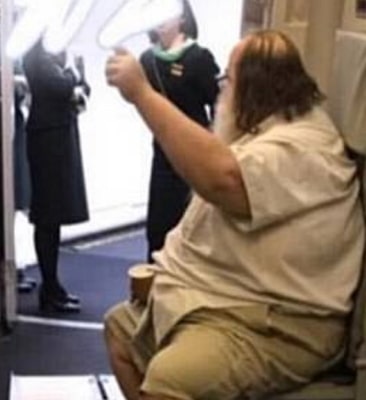 After granting the request, they were left further traumatized when the man called them into the cubical again in order to wipe his backside.

Kuo, who was holding onto the passenger to keep in steady, recalled: ‘He said: “Oh, mmm, deeper, deeper,” and then accused my chief attendant of not properly cleaning his backside, requesting that she do it again.’

She said the attendant repeated the action three times before leaving, at which point the passenger said: ‘You can pull my pants back up now.’

The Taoyuan Flight Attendants Union, has suggested two solutions to prevent a repeat : ban the passenger and others like him, and begin hiring male cabin staff.