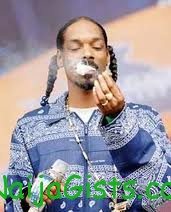 Top American Rapper Snoop Dogg has been threatened with a lawsuit over an appearance he made in Beirut back in 2009 ,an appearance orchestrated by Middle East concert bigshot Roger Kalaouz.   Kalaouz claims Snoop blazed up some weed in the middle of a concert after-party which is illegal in Lebanon  and then featured footage of the puff session in a music video for his song, “That’s Tha Homie”

He says Lebanese authorities caught wind of the weed smoking and launched a criminal investigation into his company  leaving his reputation “severely damaged.”    Kalaouz has fired off letters to Snoop’s people demanding more than $280k in damages  and a commitment for Snoop to perform 2 concerts in the Middle East. (credit: celebregion)