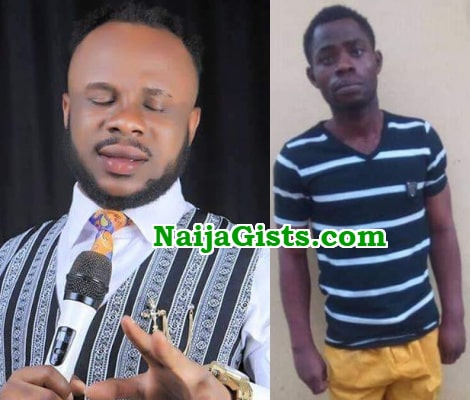 The evangelist arrested for killing popular Pastor in Abia state has confessed.

Prosper Peter Akachukwu on Tuesday narrated how he murdered an Umuahia, Abia State-based pastor, Kelechukwu Iwuanyanwu aka Apostle Blessed of Wind of Glory Ministry, the assistant pastor and the women leader.

Akachukwu, who was paraded at the state Police Command Headquarters, said he killed the pastor and two others because Iwuanyanwu reneged on a promise.
The suspect, who hails from Mbaise in Imo State, said Iwuanyanwu, who also hailed from Mbano in the same state, was his childhood friend.

He added that they both attended the same secondary school and started ministering together as gospel preachers. But he had to kill his friend and ministerial colleague for allegedly failing to keep to an agreement to settle him after helping him to grow the church through the use of charms and mediums.

“Iwuanyanwu was my childhood friend and we were also co-pastors. When he was having challenges in growing his church I took him to a native a doctor in Ondo State to get charms to attract members to his church and also perform miracles for them. I also gave him N100,000 to support him during the trip. 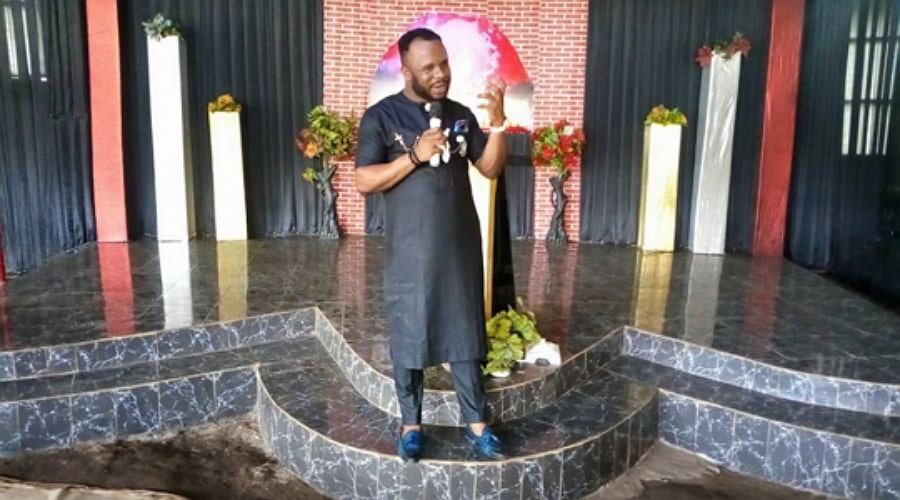 “We started the process in 2013 and we have been going to the shrine to renew the charm every year since then. But when the charm started working and Iwuanyanwu started making money he forgot me. 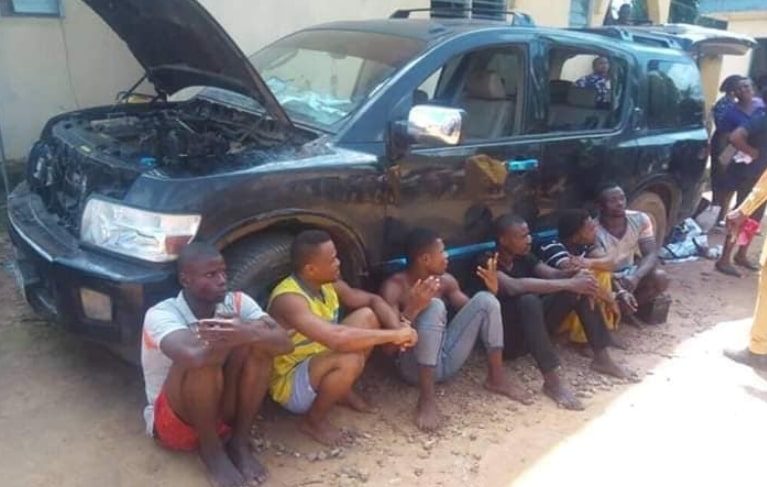 “Whenever I call him for financial assistance he would tell me not to disturb him, which was why I decided to attack and collect some of his personal belongings.”

On how he executed his murder plans:

“I hired three boys from Aba to attack the pastor. We trailed him to his house when he was going home and laid an ambush around his house waiting to attack him at midnight.

“I was outside when the boys started the operation. They invited me when they were through with the operation and I entered and found out that they have killed Iwuanyanwu and the two other people in the house.’’

Akachukwu explained that he ordered them to be killed because one of them recognised him.

How The Suspects Were Arrested

Parading the suspects, the state Commissioner of Police, Mr. Anthony Ogbizi, said a combined team of operatives from the state command and Zone 9 swung into action after the disappearance of the women leader, Ruth Andrew Eze, was reported by her daughter, Sweeney Andrew, on October 16.

Ogbizi added that Sweeney had alleged that Iwuanyanwu came to their residence at Ehimiri Housing Estate, Umuahia, on October 12, together with her mother and shortly left with her in his Infinity Sport Utility vehicle with registration number RSH 583 HZ for an unknown place.

The complainant, according to the police boss, added that when her mother did not come back as expected, she called her two mobile numbers but they were unreachable. She added that she was, however, called and told that her mother had been murdered with Iwuanyanwu and his assistant pastor; hence the Police operatives from the zone commenced investigation into the matter.

Ogbizi the detectives traced Iwuanyanwu’s car to Ohia mechanic village where the suspect took it to for repairs and arrested Chubuike Peter, who was working on the SUV.

The commissioner added that while Peter was in police custody at Umuokpara Police Station, Akachukwu traced him to the station to free him on bail to complete the repairs on the stolen car and he was consequently arrested by the police.

The police boss added that other accomplices, Ikechukwu Nnadi and Fidelis Akubuokwu, were also arrested in connection with the murder case.

Ogbizi said the suspects would be charged for murder after the arrest of other suspects involved in crime who are at large.