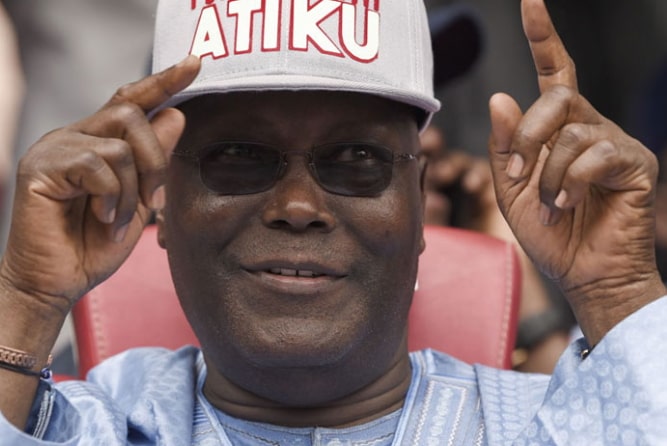 It is public knowledge that the presidential candidate of the People Democratic Party (PDP), Alhaji Atiku Abubakar, married from all the three major tribes in Nigeria. He has proven himself to be a detribalized individual. While the primary motive behind each of his marriages might be unknown, it is, without doubt, a positive for someone aspiring to rule a multi-tribal country like Nigeria. We are going to be taking a look at each of Atiku Abubakar’s wives, their respective tribes (and regions), as well as their collective effect on the outcome of the upcoming general elections, come February, 2019.

Alhaji Atiku Abubakar has four wives, who gave him in excess of 26 children. Such a large family is a common sight in the northern part of Nigeria. However, what is uncommon is an average northerner (not to talk of a leader) getting married from another tribe or region. As a leader, Alhaji Atiku Abubakar has opted to go above the standard of the ‘intratribal marriages’, which is the tradition in the north. His wives are of Yoruba descent, Fulani origin and Igbo ancestry, in that order.

The 72-year old presidential aspirant’s first wife is Madam Titilayo Atiku. They met and got married in 1971, at a Registry in Ikoyi Lagos. It was gathered that, Atiku’s family members were, initially, not in support of the marriage, basically because of Titilayo’s Yoruba origin and Christian background. Atiku, however, went against his family’s wish and forge ahead with the wedding. 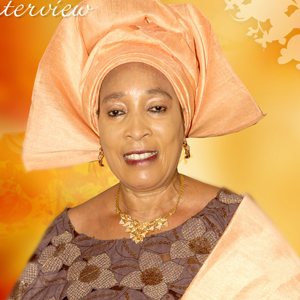 Titilayo was born 6th June, 1949 (69 years ago) in Ilesha, Osun State. She grew up in a Catholic home and went to a Catholic school. She is, today, a renowned woman and child rights activist.

Madam Titilayo is the mother of Atiku’s eldest child, Fatima, and three others; Aminu Atiku, Adamu Atiku and Halima Atiku.

Rukaiyatu was initially the third wife of the aspiring president, behind Hajia Ladi Atiku. She, however, became the second wife after the separation of the Alhaji Atiku and Hajia Ladi. The divorced second wife, Hajia Ladi, reportedly had six children for Atiku, and she is now married to another man.

Rukaiyatu got married to Atiku Abubakar in 1983. She is a princess and daughter of Lamido (traditional ruler) of Adamawa. She is, of course, a kinswoman of Atiku Abubakar; from the same state (Adamawa) and tribe (Fulani).

Rukaiyatu gave birth to a total of seven children for Atiku. They are; Asmau, Mustapha, Aliyu, Hadiza, Aisha, Laila and Abdulsalam.

Fatima Atiku is the third wife of Atiku. She is also of Fulani origin. Atiku Abubakar got married to Fatima in 1986, only three years after his wedding to Rukaiyatu.

Fatima and Atiku Abubakar have six children between them. They include two sets of twins: Aisha & Zainab, and Ahmed & Shehu. The first and second children are Mohammed and Amina respectively.

As a practising Muslim, the former Vice President is allowed to marry a maximum of four wives. Hence, he married Jennifer only after divorcing one of his wives, Hajia Ladi. Jamilah Jennifer, as the last wife, is reportedly the apple of the eyes of Atiku Abubakar. 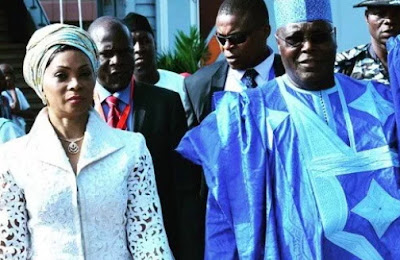 Barrister (Dr.) Jamilah Jennifer Iwenjura-Atiku was, at a time, a reporter with Nigerian Television Authority before traveling to the United States for her PhD programme. She met the former Vice President in the US during this period. Jamilah Atiku is, today, a practising Lawyer, based in Abuja, FCT.

She gave birth to three children for Atiku Abubakar. They include; Faisal, Abdulmalik and Zahra. Jamilah, however, had a son before meeting the former vice president. His name is Douglas Chuka Anthony and he is the aspiring president’s only stepson.

Over the years, two consistent factors which have been deciding elections in Nigeria are tribal sentiments and propaganda. Given the diversity of the Nigerian sociocultural setup, people often tend to weigh up their options and cast their votes based on tribal and religious sentiments. These factors constitute the major reasons why most political parties zone their candidates to a particular region. In fact, these are some of the reasons behind the choice of Atiku Abubakar, as the People Democratic Party’s presidential candidate for the forthcoming elections.

Interestingly, the 2019 election will be against the two major forces on every front. Unlike during the 2015 General elections, it would be a game of Fulani Muslim vs Fulani Muslim. Hence, hardcore Fulani tribalists would consider other factors, to help inform their ultimate decisions on who to vote. On the other hand, some group of southerners would prefer to vote for Atiku, simply because of his detribalized nature, which is evident in his family setup.

At the micro-level, Atiku Abubakar’s home could serve as a template for Nigeria’s diverse sociocultural setup, with its tribal and religious diversity. He has been successful in keeping his culturally-diverse family together, for over 40 years. Replicating the same at a much larger scale would, of course, be much difficult; however, he would be better suited to understand the needs of each group.

In summary, there would certainly be a group of Yorubas who would vote for Alhaji Atiku Abubakar, simply because of his marriage to Titilayo. In the same vein, a good number of Igbos would vote Atiku, with respect to his association with Jennifer Jamilah. The magnitude of the aforementioned factor on the outcome of the 2019 election could be relatively low compared to other factors. However, it is still a factor, which would definitely be in Atiku Abubakar’s favour come February 2019, during the general elections.

With respect to the power of incumbency, the ruling party, APC, and its presidential candidate, President Muhammadu Buhari, are the favourites to emerge victorious come February, 2019. However, they will be competing against a very formidable opponent, in person of former Vice President Atiku Abubakar, who has proven himself as a successful businessman, a strong politician and more importantly, a detribalized individual. Many would argue that, his choice of marrying from the three major tribes in Nigeria has qualified him, to rule a country as culturally-diverse as Nigeria.

The outcome of the forthcoming presidential election would be decided by a wide range of factors, which range from the most significant to the minutest of factors. Whatever the outcome, we strongly hope for a  violence-free and fair election. God Bless Nigeria!!

Note: This article is for information only. It is not designed, in any way, to promote or debase any political group(s) or individual(s).

We, at NaijaGists.com, respect the political choice and freedom of association of every individual. Thank you.

I’m Anointed To Be A Mediator Because The Price Of Peace Is Cheaper Than The Cost Of War – Oyedepo
Omoyele Sowore Calls For Resolution, Says Worst Government Is Coming In 2019 If Buhari Or Atiku Takes Over