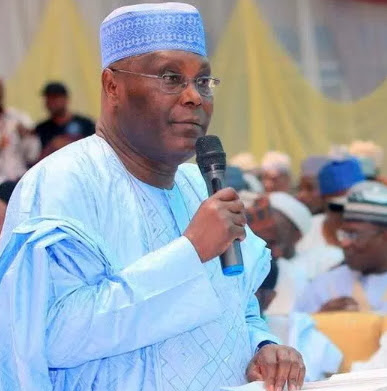 PDP party governors are split over the expected defection of ex-Vice-President Atiku Abubakar to the party and his bid for the presidential ticket.

There were indications that some of the governors might oppose former President Goodluck Jonathan’s plan to back Atiku as the party’s presidential candidate.

They claim not to have been consulted by Jonathan.

Atiku has continued his consultations prior to his return and registration as a PDP member in Jada 1 Ward, Adamawa State. 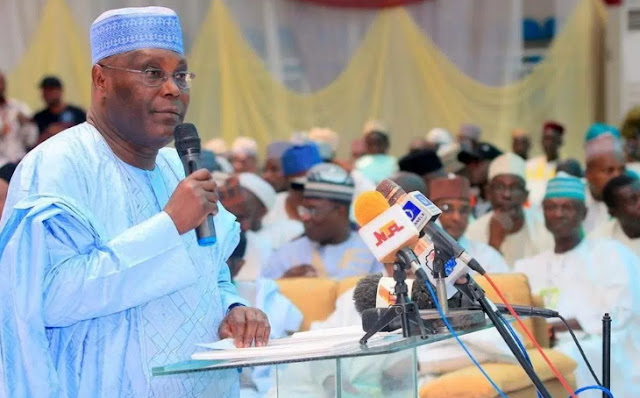 The Adamawa chapter of the APC yesterday confirmed the receipt of Atiku’s resignation letter.

State Secretary of APC Alhaji Saidu Nera confirmed this to the News Agency of Nigeria (NAN) in Yola.

Nera said he was yet to get the letter but the party officials of Jada 1 Ward in Jada Local Government Area where Atiku registered had told him that they had received the letter.

“Our meeting with him has been fruitful and from his body language, he will soon return to PDP,” Prambe said.

“With Atiku, the party will carry more weight and more people will also troop in,” he said.

It was learnt that Atiku might meet Governors Ibrahim Dankwambo (Gombe) and Ishaku Darius (Taraba) in Abuja this week on his plans to return to the PDP and seek their cooperation.

Although he was silent on when he would rejoin the PDP, there were speculations that he might re-register in Jada 1 Ward of PDP on December 6.

It was learnt that some of the PDP governors might have opted to work for Makarfi when he leaves office at the National Convention on December 9.

The governors have reportedly said they were “not keen to work for Atiku”.

A governor who spoke in confidence said: “Not all the PDP governors have bought into the Atiku agenda, we are not united on him. If we have our way, some of us will go for Makarfi who has shown uncommon leadership in reuniting PDP. And those of us in this group are encouraging him to join the presidential race.

“Some of our leaders also prefer Lamido or Shekarau. If we have any issue with Makarfi, it is about rumours on his health and we have conducted our research, the ex-governor is as fit as a fiddle. It is all propaganda.

“As I am talking to you, we have not been fully consulted by ex-President Goodluck Jonathan on Atiku’s candidature.

“At the end of the day, we will follow the rule of law, the party’s constitution and go to the field to elect a presidential candidate. What if our members decide not to grant Atiku a waiver to contest the presidential primaries? ”He is a new member, he can as well queue like others.

“Some of our leaders speak about Atiku as a political asset in the North but he was a distant third in the APC presidential primaries. We won’t be blind on our choice this time around. I think programmes and not personality should matter to PDP.”

A former member of the National Working Committee (NWC) said: “Some of the governors have been working behind the scene with Jonathan on the Atiku project. We see him as a game changer and that is why we are desperate to woo him.

A fresh twist to Atiku’s exit from APC emerged yesterday following the revelation that he left the ruling party since October 18.

Notwithstanding the discrepancy in the date of resignation and formal announcement of his exit, Atiku’s letter, which was sent to the chairman of Jada 1Ward, reads: “I wish to inform you of my decision to resign my membership of the All Progressives Congress (APC) in this ward with effect from the date of this letter (October 18, 2017).

“I am resigning from a party we formed and worked so hard with fellow compatriots across the country to place in government. I had hope that the APC government will make improvements to the lives of our people and the continued existence and development of Nigeria as one indivisible nation. This hope has now been dashed.

“I am unable to reconcile myself with the dismal performance of the party in government, especially in relation to the continued polarization of our people along ethnic and religious lines, which is threatening our unity more than any other time in the recent past, and the unbearable hardship that our people are currently undergoing.

“As I said in 2006, it is the struggle for democracy, constitutionalism and service to my country and my people that are driving my choice. Let me emphasize, again, that this is not about me. We have to have a country before people can aspire to lead it.

“While wishing you well, let me express the hope that, in the near future, a substantial number of you will join forces with us to, once again, defeat impunity, and restore vision and purpose to the politics of our great country. Please accept the assurances of my highest regards.”

Former Jigawa State Governor Sule Lamido has described Atiku’s resignation from the APC as “a disgrace.”

The ex-governor who spoke at the weekend during the inauguration of a Peoples Democratic Party (PDP) office in Ringim local government of the state, said:

“It is unfortunate that the APC that comprises of those seen as “saints” could be classified by Atiku as a symbole of poverty, betrayal, disrespectful and a dungeon of hell”.

He pleaded with the former leaders of the PDP in the APC to retrace their steps.

“We had known that sooner or later this would happen, because it is an amalgamation of strange bed fellows that formed the APC that people like Atiku felt he could support its course, yet today they have betrayed him and they will all betray you if you don’t leave them”, he declared.

But Accord Party chieftain Dr. Doyin Okupe advised opposition parties to form a coalition if they hope to defeat President Muhammadu Buhari and the APC in the 2019 general elections.

Okupe, a former presidential spokesman, said the Peoples Democratic Party (PDP), as presently constituted, is weak to upstage APC from power but should team up with other parties to realise the dream.

Okupe described Accord as a veritable third force that is blowing like a whirlwind across the Southwest Nigeria and the country at large, expressing confidence that the party would win the 2018 governorship election in Ekiti State.

He spoke in Ado-Ekiti, the Ekiti State capital, at the weekend during the election and inauguration of the party’s State executive and the official adoption of Banjo Ojo as the governorship candidate for the 2018 election.

At the event, 500 members of the PDP, APC and Labour Party defected to the party and were received by the State chairman of the party, Chief Abiola Odeoba and National Chairman, Mr. Lawan Nalado.

Okupe said: “It took a coalition in 1998 to be able to send away military. The coalition crystallized into PDP, won election and held it for 16 years.

“It took a coalition of forces again in 2015 to be able to wrest power from the PDP and that is what Nigerians should do in 2019.”

Jonathan To Atiku On Presidential Ambition: Ignore Obasanjo At Your Own Peril!
Fayose Slammed For Promising To Buy Christmas Clothes For Children As Workers Remain Unpaid