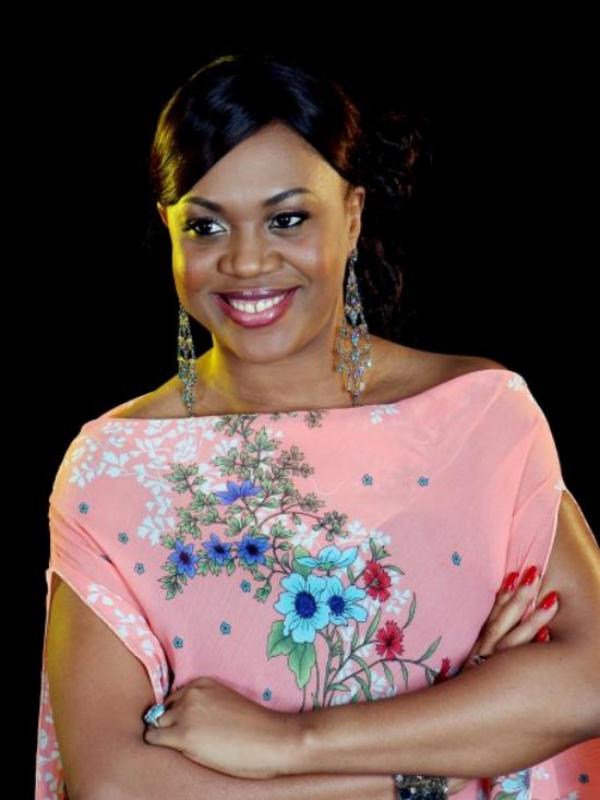 I looked at the clock on the wall. It was already 5pm and I still had one more homework to finish with my 9-year-old daughter. My phone rang a few times and as I saw the name of the caller, I didn’t pick it up.

My daughter noticed my constant glances at the clock and said to me “mummy you can go you know. It’s Friday and I don’t have to submit this in school till Monday”.

I really didn’t want to leave the house but she went into my room and brought the invitation card to me. “Mummy you have to go because this person has been calling for this event for the past one month.” I took the invitation card from her and looked at it again; it was for a movie premiere and a lot of hype had been done about this movie. It was the rave of the moment and everyone who mattered in showbiz was going to be at this movie premiere. Well, everyone but me.

“Mummy I know that look. You have to be there”. So I jumped in the shower, looked through my wardrobe and got the first thing that my hands could grab. A simple but beautiful dress…comfortable for the evening.

As I arrived at the Silverbird Galleria on Victoria Island, the car park was jam-packed and my driver had issues with parking. “This movie must be amazing,” I thought to myself. As I stepped into the atrium at the galleria, I was greeted by a swarm of pressmen. Flashing cameras, microphones and more questions than my brain could process were coming at me like bullets. The red carpet was packed as I saw colleagues, good friends, not-so-good friends, producers and ‘everybody’ looking like a million dollars. “I must have stumbled onto the red carpet at the Oscars,” I thought.

In my normal tradition, I tried to avoid the red carpet because my mission was to come and see a good film. I didn’t come for paparazzi drama. I tried to make my way upstairs to the cinema hall but the producer grabbed me by the hand, and informed me that the movie wouldn’t start showing for another two hours!

“Two hours?!”, I exclaimed. What was I going to be doing standing around for another two hours? Quietly, I walked into an adjoining door that led to a store. I chose to rest my legs there till the event would start. From where I was seated I could see the entire red carpet and the activities happening.
I saw movie stars all ‘glammed up’. Those who were not noticed by the paparazzi did everything they could to get the attention of the press. Someone even caused a scene as she was upset she was ignored by a photographer from Ovation Magazine.

How bizarre! My mind began to wonder as I saw actresses dressed in $2,000 clothes and carrying $3,000 Louis Vouitton bags. I wondered to myself, “I hope her mother does not live in a rented apartment while she is carrying that bag o.”
The truth is, this is now the norm in the entertainment industry. People try so hard to live the glamorous life, thus struggling on a daily basis to maintain the high life. Entertainers in Nigeria today now want to live like our American counterparts who obviously earn more money and have a better structured system where they are paid royalties. A system where credit facilities are available, such that you can drive a $100,000 car without having to pay the full cash for the ride. Why would a Nollywood actress choose to buy the same dress that Angelina Jolie wore to the Oscars when Angelina earns a whopping $20 million per movie and she earns about N800,000? Besides, Angelina did not even pay for the dress and jewelry because a certain designer just made it available for her to use for the event in return for publicity and brand association.
In a bid to stay ahead of our colleague and be the ones to shine, most entertainers will give an arm and a leg to adorn the latest clothes, shoes and jewelry. They take tons of pictures and Blackberry and Twitter are the quickest ways to promote their new outfits or show the world that they attended certain events. They live for the glam life with little or no focus on their craft.
At 8:30 p.m., I started making my way into the hall that the film was going to be screened. As I made my way through the crowd, I noticed that the red carpet was still crowded and the movie was scheduled to start in a few minutes. I entered the hall and it was quite scanty because the people who were meant to see the movie were still on the red carpet…including the producer and the cast of the film. That was rather disappointing but at least I had time to get a great seat for the best view in the room.

Seventeen minutes later, the hall was packed as the cinema management insisted that they would shut down at a certain time, irrespective of when the movie started screening, so the producers and their guests were forced to come into the hall for the show to start. Hmmm….finally, the movie started (without us hearing a word from the producer, director or executive producer).

Fifteen minutes into the film, I was still wondering “what the hell was going on with these filmmakers?” The acting was horrible, cinematography was crappy, the plot was equivalent to watching a snail in the NASCAR race and the actors were speaking such poor English in their bid to sound foreign (mind you, the movie had nothing to do with anyone that lived in the US and returned home to Africa).

You could tell from the response and silent whispers from the audience that they all felt the movie was absolute crap and a total waste of their time. Slowly, people started to make their way out of the cinema just 20 minutes into the movie. That did not come as a surprise to me because I was tempted to get up a million times but I really wanted to see where the movie was heading because as a filmmaker too, I know that some plots take a while to pick up but this one was taking a fast downward spiral into the disaster zone. The story line was weak and extremely porous. The actors that I just saw on the red carpet showcasing all the expensive dresses and jewelry proved that they were made for the red carpet and not the big screen. What a downer!!

If the producers had put half the effort they put into the planning, coordination, glamour and attention to detail of the red carpet into the actual film itself, this movie would have cleared a minimum of 5 Awards at the Africa Movie Academy Awards.
Compared to how showbiz was in Nigeria in the 80s and 90s, entertainment in Nigeria today has been extremely polluted with negative lyrics. Movies now celebrate obscenity with total and absolute disregard for the moral values we hold dear and sacred in this part of the world. Entertainers are more concerned about the size of their bank accounts and how they look in front of the cameras for the paparazzi. Nobody cares if they are having a positive impact on their fans and generations yet unborn.

These days, celebrities have made it a norm to celebrate their birthdays in orphanages. They make a media event out of it and make the world believe that they really care. The question is, before and after the parties, do they ever stop by these orphanages to find out how they can help improve the lives of these kids. How have they given back to the society or helped people who genuinely have problems that need to be solved.

We grew up listening to songs by Onyeka Onwenu, Ebenezer Obey, King Sunny Ade and these people had songs that taught moral lessons and remained ever green in our hearts. Before the era of home videos in Nigeria, we saw plays on stage that made us go home in deep thoughts of how we should affect our communities.

I want to give a shout out to a man like Ali Baba who has helped raise a generation of comedians in the entertainment industry in Nigeria. 80% of the comedians in Nigeria today, at one point or the other, either lived in his house or got assistance from him in anyway, shape or form.
Another shout out to Richard Mofe Damijo who took it upon himself to change the lives of people from Warri by creating a platform for them to showcase their talents with the “Made in Warri” series.

A few minutes to the end of the film, I slowly made my way out of the now “half empty” hall. The red carpet that was packed early was now as deserted as a haunted house. As I sat in the back seat of the car on my way home, I was full of regrets because I could have stayed home to be with my family. Instead I had to endure the torture of seeing one of the most horrible films ever.