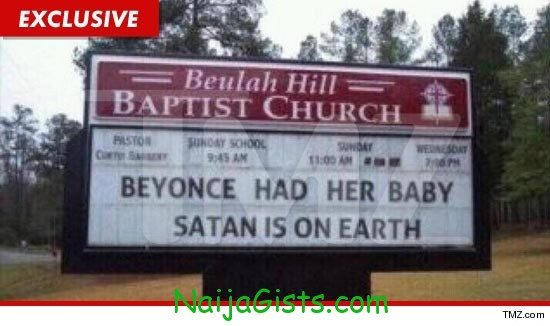 According to a report from TMZ, Beyonce baby girl named Blue Ivy Carter has been tagged Satan.

Beyonce‘s new baby Blue Ivy Carter is the devil incarnate — this according to some heartless vandal who defaced the sign in front of a North Carolina church yesterday … writing, “Beyonce had her baby. Satan is on Earth.”

The pastor at Beulah Hill Baptist Church in West End, NC tells TMZ, he discovered the vandalism yesterday after receiving numerous complaints from locals — and removed it immediately.
The pastor insists, the church had nothing to do with the apocalyptic message … it was simply the victim in a random act of mischief.
Blue — Satan? No. Illuminati? ALMOST DEFINITELY.

Below is a response to this allegations from Beyonce’s sister Solange. 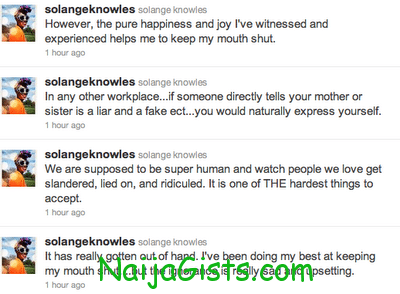