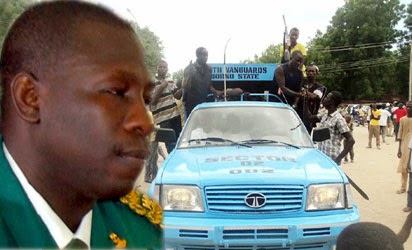 The son of former Nigerian President, Olusegun Aremu Obasanjo who got injured in an ambush attach by Boko Haram yesterday in Adamawa state has been airlifted to an undisclosed hospital in Abuja with 4 other wounded soldiers.

The ambush attack took place in Mubi on Monday while Col Adeboye Obasanjo, an Army Engineer and his team were heading towards Michika to recapture it from the dreaded Jihadists.

A top security source said they were set up by one of the top commanders in the military who leaked their movement to Boko Haram.

According to my source, investigation is currently ongoing to find out the person behind it.

Sources from Abuja said Obasanjo who is currently in Singapore specifically ordered all the injured soldiers moved to Abuja as the military initially planned to move his son alone.

Read what a Chief, who is a family source said about the attack and how they got to know:

“it is too bad, but he is doing his job and I pray that God will heal him and I also commiserate with the families of all those that have died in the hands of these Boko Haram people.I got the information around 7pm yesterday through one of our sons, whose name I don’t want to mention here. I called Balogun and his line was not going through and I later called one of our sisters who told me that he is not in town.

“I asked if he has been informed, she said the information is all over and he would have heard about it. She also told me that directives have been given to family members not to speak on the matter as we know that you pressmen will not leave us alone now,”.