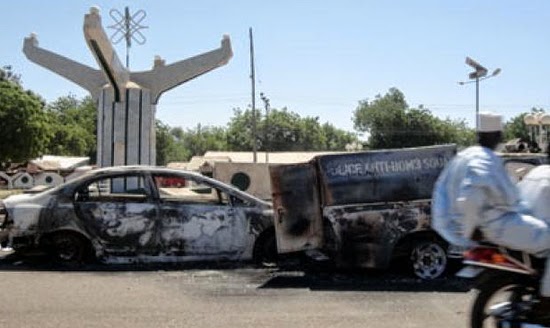 Several soccer fans lost their lives on Tuesday at a football viewing centre in Damaturu, Yobe state after the centre was bombed by suspected Boko Haram militants.

The attack left several dead and many others severely wounded.

The innocent civilians were watching the World Cup match when the terrorists struck around 8pm.

Reuters reported that there was no immediate word on casualties from security operatives. However, Channels Television reported that many were feared dead while scores were injured.

The injured were taken to the Sani Abacha Specialist Hospital in Damaturu, according to the Lagos-based television station.