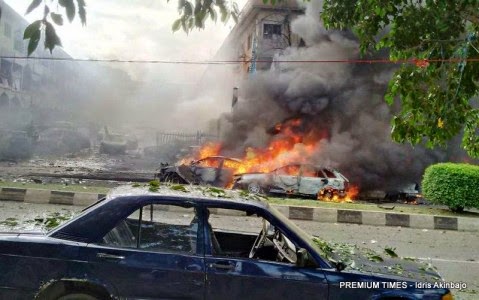 Suspected Boko Haram gunmen have unleashed terror in a college in Kano this afternoon.

According to witnesses, gunshots and multiple explosion hit the Kofar Kabuga campus of Federal College of Education around 2pm this afternoon.

Students and campus workers have fled the campus for safety.

2 witnesses told AFP this afternoon that they saw 5 vehicles taking away dead bodies from the scene of the attack.