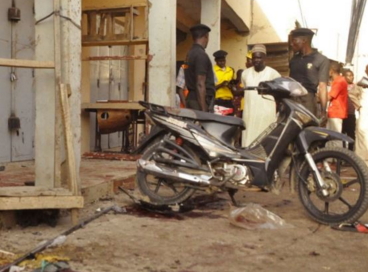 Multiple blasts ripped through a busy mobile phone market in Nigeria’s biggest northern city, Kano, on Wednesday, two traders told AFP, a day after more than 30 were killed in the northeast city of Yola.

Nafiu Mohammed and Suleiman Haruna said the explosion happened at the Farm Centre market shortly after 4:00 pm (1500 GMT) and rescuers were on the scene dealing with casualties.

“I was preparing for the afternoon prayers when there was an explosion deep inside the market at exactly 4:10 pm,” said Mohammed.

“Police officers from a nearby police station mobilised to the scene while traders in confusion locked up their shops and moved out of the market.
“We are now at a distance while the rescue vehicles are taking the victims to hospital. We have no idea of the number of casualties.”

Officers fired warning shots as a deterrent for people to stay back from the market, which is typically packed with traders and shoppers.

Haruna also said it was not clear how many people had been affected but he added: “I saw ambulances leaving the market.”