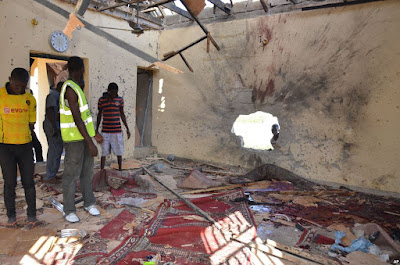 At least 21 people died and 90 wounded by a bomb explosion in a mosque in Maiduguri today.

According to Nigeria’s emergency agency, NEMA, this latest attack came a day after the army fought Boko Haram militants west of Maiduguri, capital of Borno state and birthplace of their campaign to create an Islamic state in the northeast of Africa’s most populous country.

One thought on “Boko Haram Attacks Mosque In Maiduguri On Monday, 21 Killed, Over 100 Wounded”