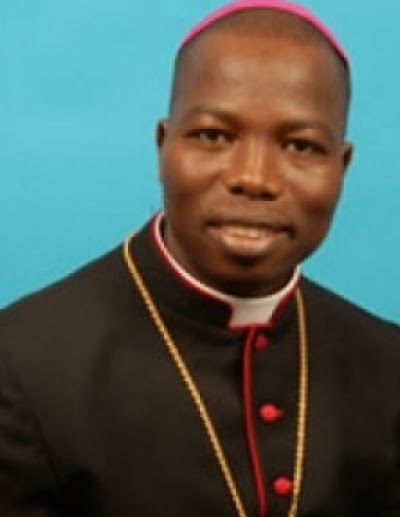 The bishop of a catholic church that came under heavy attack by Boko Haram terrorists last Sunday has spoken up.

He said some catholic faithfuls were beheaded like animal in the bush.

Hear what he said about the attack in Waga Chakawa on Sunday:

“They closed the Church, stood by doors, and started throwing IEDs and shooting directly at the helpless worshippers,”.

He said some church members were beheaded while others were mutilated with knives and guns.

“The attack took place in our out-station Church on Sunday morning in a village called Waga Chakawa. The Church is under St. Dennis Catholic Church, Madagali in Adamawa State. They were about to finish Holy Mass with the Catechist when the suspected men arrived in Hilux vans and some on motorcycles.”

“Those that were escaping through the window were being slaughtered like rams and others killed through their sophisticated guns.”

“I have never seen this tragedy; it is a gradual elimination of people with impunity and desecration and sanctity of human lives.”

“I am begging in the name of God, government and security agencies should come to the aid of poor Nigerians irrespective of their religion, status or whatever and give them protection. We are mourning these children and adults whose innocent lives were brutally stuffed out of them unjustifiably.” – said Bishop Stephen

He said the Boko Haram terrorists also attacked helpless villagers after the church attack that left 31 people dead. They reportedly murdered over 10 villagers and burned their homes before escaping.