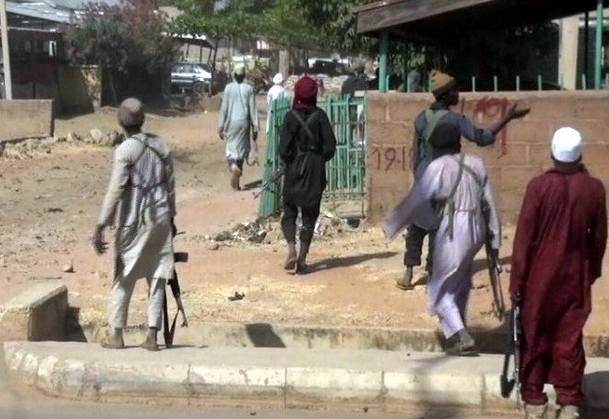 Yobe State Police Command has confirmed the attack that killed over 5 people at a church in Potiskum today.

According to Mr Toyin Gbadegesin, Yobe Police Spokesperson, a male suicide bomber and 4 worshipers died after he detonated the bomb inside a Redeemed Church at Jigawa area of Potiskum.

5 victims died on the spot while a female RCCG member receiving treatment at the hospital died in the process.

A witness said the suicide bomber who entered the uncompleted church around 9:55am disguised as a worshiper and the moment he entered the church, he detonated his explosives.

May their souls rest in peace (amen)