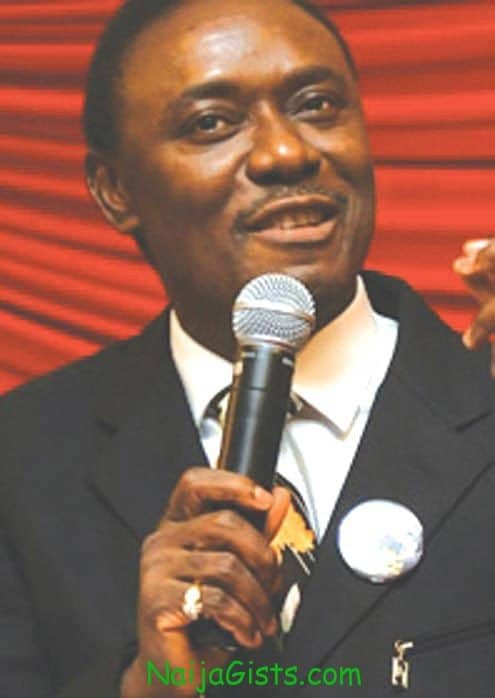 In 2011 some Christians have said they will avoid churches and other crowded areas following the series of blasts which marred the Christmas Day celebration in some states of the federation.

For fear of losing church members, many big churches are considering cancelling the cross-over night service.

We learnt that Reverend Chris Okotie of the Lagos-based Household of God Church has cancelled the night service since he does not want to endanger the lives of his members. naijagists.com

Pastor Chris Okotie was reported to have directed his followers to pray in the safety of their homes rather than risk being bombed by a fundamentalist sect.

A cross-section of Lagosians, who spoke with media team did not only express their fears, they also warned other Nigerians to avoid such crowded places as no part of the country could be described as safe again.

They also slammed President Goodluck Jonathan and the governors for collecting huge sums as security votes whereas they leave the country’s citizens to their fate in view of the security challenges Nigeria is currently witnessing.

Chinedu Obiora, a Lagos resident and banker, while speaking with reporters, said there was no way the churches would witness the usual large attendance.

According to him, despite the religious inclination of Nigerians, nobody would want to have his or her life snuffed out for no just cause.

“There are causes to die for sometimes, but in a situation where you don’t even know why the bombs are detonated or the grievances of those perpetrating these acts, why would you not be scared?

“If I may ask you, Mr. Reporter, will you have the courage to attend church service that day?

“Believe me, those who would go to churches would just be putting their lives on the line. So for me, I don’t believe I must be in church that day.

Another resident, Mrs. Christiana Oduns, said she had warned those close to her to avoid attending any church service on New Year eve.

According to her, even the State Governor, Babatunde Fashola, had warned the people of the State to be security conscious.

“I heard it on radio that Fashola was warning Lagosians to avoid dangerous spots and be security conscious.

“If the Boko Haram guys could bomb a church, it means churches have been classified as dangerous spots.

“Anyone who attends church service does so at his own risk oh! As for me, I don’t want to die now. So I will see and enjoy the New Year,” she said.

Joshua Oshobugie, an Edo State indigene based in Lagos, explained that ordinarily, the ideal thing is to be in church to thank God with other faithful for the surviving the year.

He said the country’s situation no longer calls for it.

“We now live in hopelessness. Even in our houses, we sleep with both eyes opened not to now talk of going for a service.

“I can tell you that those who would have the courage to attend, would not hear a bit of the teaching for the night. All they would bother about is the security of the area and themselves.

“What is the essence of attending when you would be there filled with suspicion against those sitting close to you? If anything happens, where will you run to that night?” he asked.

Mr. Ikechukwu Eze, a spare parts dealer in the state, told reporters that the New Year eve worship would take place in his house with his family coming together rather than attending any church service.

He affirmed that some churches had started cancelling the service for that night, adding that it was the best thing to do since the pastors, just like the government, cannot provide adequate security for the people.

He said: “In fact, this is the best time to ask our President and governors what they have been doing with the billions of naira they allocate to themselves as security votes.

“The votes were supposed to be used to address security issues like this, but what do we see? The only thing the governors do is to send condolence messages and trade blames when such incidents occur.”

He called on Nigerians to protect themselves and avoid getting involved in “pitiable incidents” like the one which took place on Christmas day in some parts of the country as “we don’t have a government but just people securing our votes to loot the country blind.”

The Catholic Bishop of Minna, Most Rev. Martin Uzokwu, has cancelled all New Year Eve services in Madalla and its environs.

He called on Catholic faithful to meet by 4pm and pray ahead if the New Year.

“I am directing all parishes in this Kwanmba deaconry, including Madalla, not to hold all night mass as our practice, in view of the time we are in.

“On December 31, mass should hold by 4pm to thank God for the outgoing year and everybody will observe the pass over night with their families. We are to converge again for Sunday service on January 1st. Nobody is allowed to sleep in the church during this period,” he said.

Nigerian churches had always witnessed a huge turn-out of people on New Year eve as the majority of the people including non-Christians prefer spending the first day of the year in churches.

Boko Haram, the dreaded group which claimed responsibility for the Christmas Day bombing, has also warned Nigerians against crowded places including churches and Nigerians are no longer taking such threats lightly.